ABOUT THE CITY...
London is undoubtedly one of the most accepting and tolerant cities for LGBT community today. The city is a culturally diverse city with more than 300 spoken languages. The city is home to several World Heritage Sites, museums, theatres, galleries, events and huge sporting venues, attracting millions of visitors each year. London has a very open, vibrant and diverse gay scene with something for everyone. There are a huge number of lively gay bars, extraordinary nightclubs, steamy saunas, well-stocked gay shops and proud gay organisations. London has two main ‘gay villages’ located in Soho and Vauxhall. The Soho gay area is located in the center of the city, close to the Piccadilly Circus. 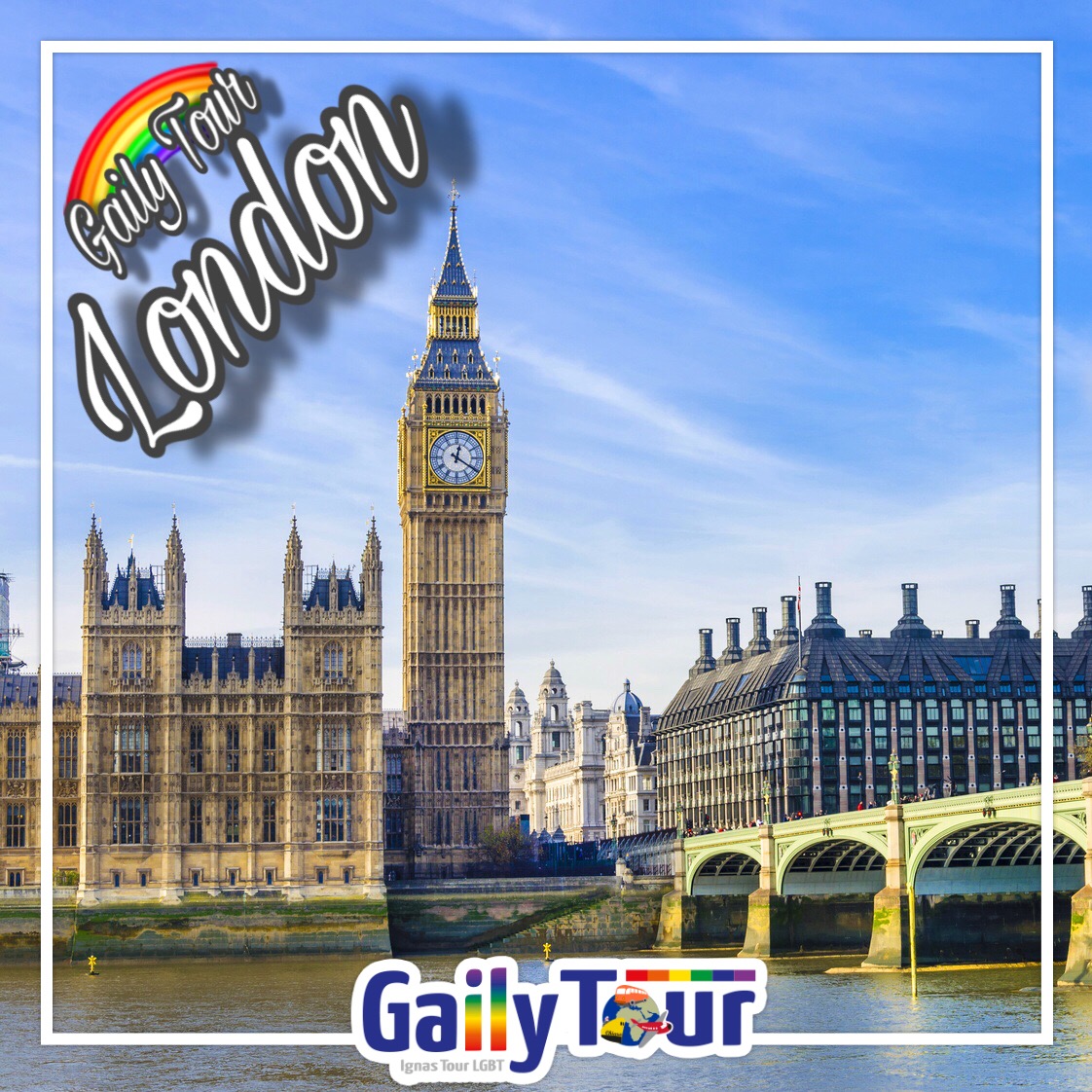 Get ready for special tours in this amazing city !
Meet our Gay/Lesbian Tour Guide for a private walking tour of London Gay and experience one of the most cosmopolitan cities in the world.

Admire the spectacular city of London with our Gay or Lesbian Tour guide. Start your tour by the shores of the Thames, where you will learn the history of the city that has become one of the most important financial districts of the world: City of London. You will then go deep into a semiprivate area with a hidden medieval Templar church. Step by step you will arrive to the feet of the imposing dome of St Paul’s Cathedral that dominates the City, and we will walk through hundreds of businessmen and women until we reach the Bank of England surrounded by skyscrapers. Continue to monument to the history of the Great Fire, London Bridge, and finally reach the London Tower and Tower Bridge (entrance fee to the Tower included), a perfect ending that will make you see with a different look this special part of the great London.
Included:
* Gay or Lesbian Friendly Tour Guide for City Tour (3 hours)
* Entrance Fee – Tower Bridge

Be ready for our special London LGBT guided tour, offering a unique and unusual view to the hidden parts of London that few people know about. Start your experience of Gay London in Soho district. This is also known for its LGBT vibe and it's where you’ll find many of London’s sex shops, burlesque shows and gay and lesbian bars. London is a city with 2000 years of history where some of the most influential people in the world have walked these streets and many have left a distinct footprint. On the Secret London LGBT Tour we will show you a side of London away from the usual tourist trail – we’ll take you along gas lit alleyways, past old pubs and bookshops, remnants of sprawling mansions, unusual art and secret societies. Explore also the spectacular, where many gay and bisexual notables were interred include King William III and his boyfriend William Bentinck. Inside the Abbey you will also discover a small stained glass memorial, unveiled in Poets' Corner, dedicated to Oscar Fingal O'Flahertie Wilde, playwright and aesthete. The window, above the monument to Geoffrey Chaucer, was designed by Graham Jones and contains small lozenges within it which have been filled, or will be filled in the future, with names of poets and writers.
Included:
* Gay or Lesbian Friendly Tour Guide for City Tour (3 hours)
* Entrance Fee – Westminster Abbey

Enjoy an enlightened London and an amazing walking tour through London's gay & lesbian bars and clubs to live on your skin the magic atmosphere and LGBT scene of the city. Enjoy your included drink (also alcohol free drink available) and own the night !
Included:
* Gay or Lesbian Friendly Tour Guide for Night Tour (2 hours)
* Drink in Gay Bar (1 Drink)

Get ready for a special full day Gaily Excursion from London Gay with us !