ABOUT THE CITY...
Located on the Limmat River at the end of Lake Zurich, Zurich is the largest city in Switzerland and number one European city for quality of living. Its stunning location at the lower northern end of Lake Zurich offers an impressive scenario made of beautiful wooded hills and framed by the magnificent beauty of the snow-capped Alps. Zurich presents pulsing and well grown gay and lesbian cultures, together with the smaller scenes in the other main cities. 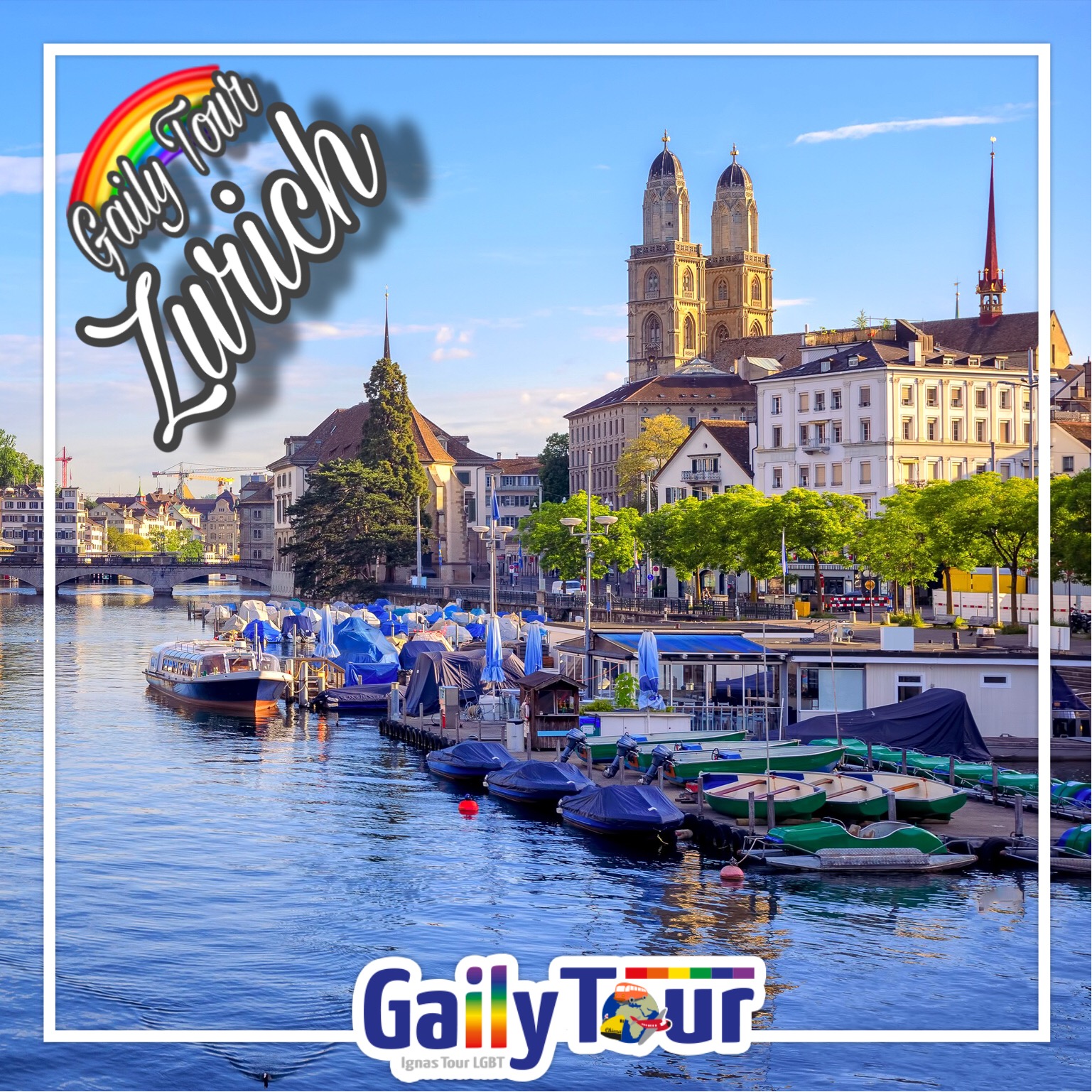 Get ready for special tours in this amazing city !
Meet our Gay/Lesbian Tour Guide for a private walking tour of Zurich Gay and experience one of the most futuristic cities in the world.

Be ready for a special LGBT Friendly walking tour discovering the highlights of the Swiss city like Paradeplatz, which is one of the most expensive places in the world, observing the Fraumünster, more than just a church, the Thermengasse which marked the origins of Zurich city, St. Peter’s church and the Lindenhof, where you will enjoy a beautiful view point of the city. Afterwards reach the Grossmünster where you tour will end.
Included:
* Gay or Lesbian Tour Guide for City Tour (3 hours)
* Lindenhof View Point

You cannot have an idea of Zurich without seeing the special area of West Zurich. Enjoy your LGBT Friendly walking tour which includes the visit to the Prime tower, the tallest building in Switzerland, where you will have a glass of wine while admiring the view upon the city. Then  continue to Schiffbau, a former factory turned into a trendy theater. Proceed afterwards to the Technopark, home of startups in Zurich. See Toni-Areal, an old dairy factory and now home to the campus of Zurich’s artistic school, the Freitag tower, the highest building made out of containers), the Viadukt and the Josefwiese, a small green park in the city.
Included:
* Gay or Lesbian Tour Guide for City Tour (2 hours)
* 1 Glass Wine in Prime Tower (also Non Alcoholic Drink available)

Enjoy an enlightened Zurich and an amazing walking tour through London's gay & lesbian bars and clubs to live on your skin the magic atmosphere and LGBT scene of the city. Enjoy your included drink (also alcohol free drink available) and own the night !
Included:
* Gay or Lesbian Friendly Tour Guide for Night Tour (2 hours)
* Drink in Gay Bar (1 Drink)

Get ready for a special full day Gaily Excursion from Zurich Gay with us !