ABOUT THE CITY...
Switzerland’s capital city. Bern is ranked among the top ten cities in the world for the best quality of life. Its historic old town is a UNESCO World Heritage Site. The capital of Switzerland and its second largest canton. Bern is home to around 150,000 people in its centre and just over 400,000 in its metropolitan area. Founded by the Zähringen family in the 12th Century, Bern’s wooden buildings were devastated by a fire in 1405. It was occupied by French soldiers during the Revolutionary Wars and in 1848 it became the Federal city of Switzerland. In the early 20th Century it was an important city for socialist movements. Today, Bern has a very low unemployment rate and a diverse economy. It is a centre of politics, culture and education. Tourists are attracted to Bern for its beautifully preserved, medieval town centre (UNESCO World Heritage Site) and great shopping opportunities.​ 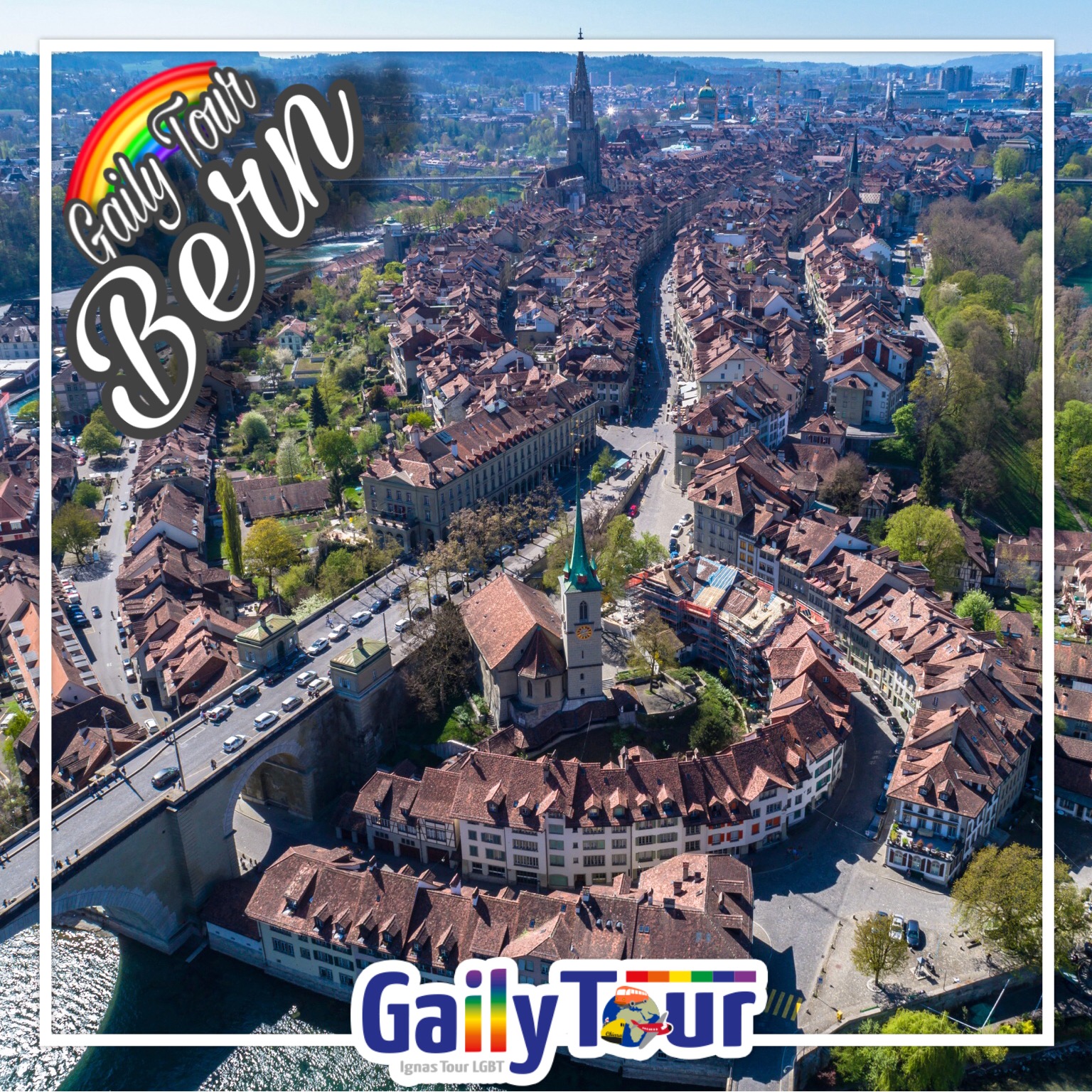 Get ready for special tours in this amazing city !
Meet our Gay/Lesbian Tour Guide for a private walking tour of Bern Gay and experience one of the  ingenious cities in the world.

Enjoy an amazing LGBT Friendly City Tour of the Swiss Capital City. Start with the Bundeshaus, designed by the architect Hans Auer. Continue to the Bärenplatz (Bear Plaza), a square in the Old City which is part of the Innere Neustadt and of the UNESCO Cultural World Heritage Site. Observe the Käfigturm is a medieval tower and Pfeiferbrunnen, a fountain located near Spitalgasse 21 in the Old City of Bern. Your tour will reach then Zytglogge, the most famous medieval tower in Bern. Afterwards be reach to enter one of the most famous place in Bern, Albert Einstein’s house. Einstein lived in Bern from 1903 to 1905 and developed his Theory of Relativity here. The Einstein House gives visitors a chance to see where the great physicist completely revolutionized our understanding of space and time.
Included:
* Gay or Lesbian Friendly Tour Guide for City Tour (3 hours)
* Entrance Fee – House of Albert Einstein

Enjoy an enlightened Bern and an amazing walking tour through Bern's gay & lesbian bars and clubs to live on your skin the magic atmosphere and LGBT scene of the city. Enjoy your included drink (also alcohol free drink available) and own the night !
Included:
* Gay or Lesbian Tour Guide for Night Tour (2 hours)
* Drink in Gay Bar (1 Drink)

Get ready for a special full day Gaily Excursion from Bern Gay with us !