ABOUT THE CITY...
Spain is considered as one of the most tolerant societies in Europe when speaking of homosexuality. Granada is the birthplace and home to one of the most famous Spanish homosexuals, Federico García Lorca. The city offers the an open-minded community, along with a fair variety of bars and cafes that range from gay friendly to exclusively gay. 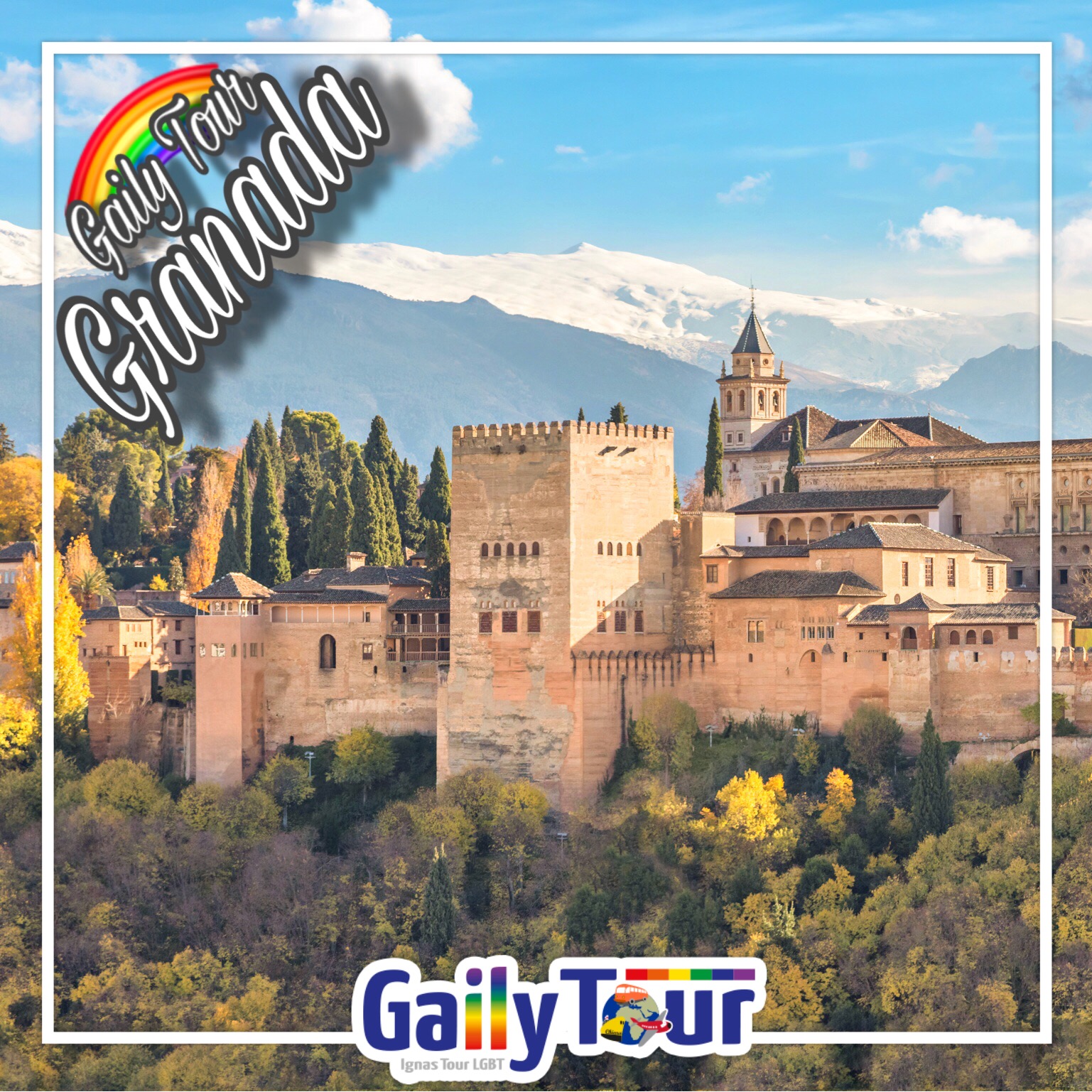 Get ready for special tours in this amazing city !
Meet our Gay/Lesbian Tour Guide for a private walking tour of Granada Gay and experience one of the attractive cities in the world.

Enjoy one of the best visit of the world inside the magical Palace of Alhambra. Learn about Granada’s Moorish history with an LGBT Friendly Tour Guide and stroll around the mysterious gardens of the Generalife. Alhambra complex dates back over 600 years. Marvel at the magnificent Islamic art and learn about the culture of the time. Declared a UNESCO World Heritage Site in 1984, the Alhambra was a courtly city where the sultans of the Nasrid Dynasty lived. In addition to the ornate palaces of the sultans, you will also take you to the military fortress for spectacular views of Granada and the surrounding mountains. Your tour continues with a walk to the Generalife, which was built in the 14th century as a place of leisure for the Moorish kings of Granada. The beautiful gardens feature diverse flora and stunning water features.
Included:
* Gay or Lesbian Friendly Tour Guide for City Tour (2h30 hours)
* Entrance Fee – Alhambra Palace (N.B. it's mandatory to book at least 1 month before)

Enjoy this extraordinary LGBT walking tour of Granada, starting from the city center. Here you will admire the Cathedral and the Royal Chapel (Capilla Real). During your tour you will learn more about the famous Spanish writer, Federico García Lorca, with a very special and interesting Gay life. Afterwards pass through Plaza de Bib-Rambla and the area around cathedral called Alcaiceria, which was once a Moorish silk market. Today, the silk merchants have given way to small time traders selling souvenirs but the atmosphere is unmistakably a Moroccon bazaar. Afterwards enter the UNESCO World Heritage Site of Albayzin and see all the main attractions, including the Palace of Dar al-Horra, Paseo de los Tristes and a number of churches and monuments. Your tour will finish at Mirador de San Nicolas, from where you will enjoy one of the best view of Granada and the Alhambra palace.
Included:
* Gay or Lesbian Friendly Tour Guide for City Tour (3 hours)
* Entrance Fee – Cathedral and Royal Chapel

Enjoy an enlightened Granada and an amazing walking tour through Granada's gay & lesbian bars and clubs to live on your skin the magic atmosphere and LGBT scene of the city. Enjoy your included drink (also alcohol free drink available) and own the night !
Included:
* Gay or Lesbian Tour Guide for Night Tour (2 hours)
* Aperitif in Gay Bar (1 Drink)

Get ready for a special full day Gaily Excursion from Granada Gay with us !