ABOUT THE CITY...
The centre of the Slovak capital is friendly towards LGBT people, lots of bars, cafes and restaurants are often popular with the gay clientele. The LGBT culture in Bratislava is becoming more diverse and brings rich opportunities for cultural experience. An important event on the gay and lesbian scene in Slovakia is the Film Festival of Diversity. 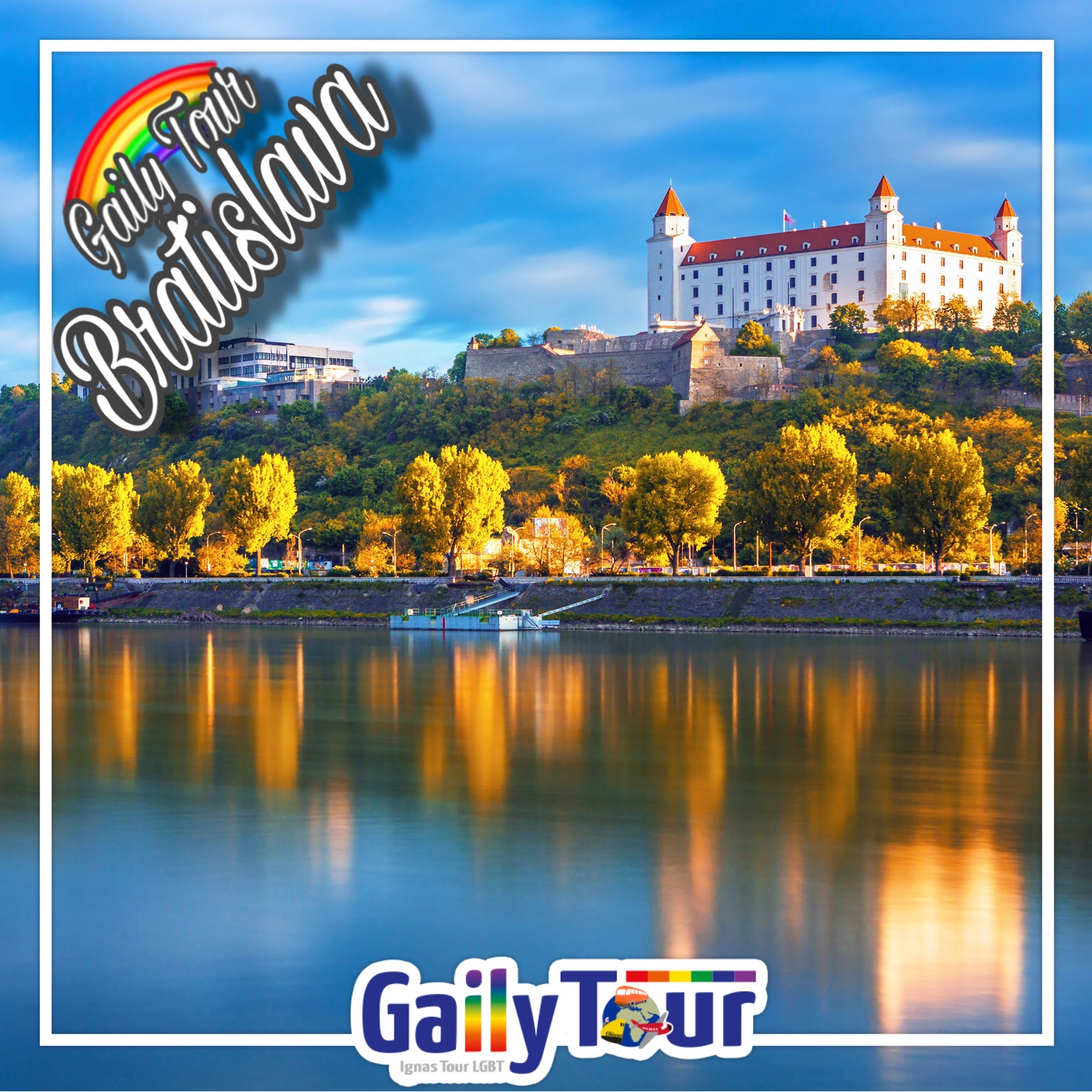 Get ready for special tours in this amazing city !
Meet our Gay/Lesbian Tour Guide for a private walking tour of Bratislava Gay and experience one of the most curious cities in the world.

Discover the splendid Bratislava together with our LGBT Friendly Tour Guide. Start your tour from the Old Town of Bratislava. Afterwards enter the historical quarter through St Michael's Gate, the only remaining Medieval access and observe the Old Town Hall. This was the former seat of the city self-government and it's the seat of the Bratislava City Museum, the oldest museum in Slovakia. After climbing up the narrow stairs leading to its 45-metre-high tower you will be rewarded with a beautiful panoramic view of the Old Town. Take a look to St Martin's Cathedral, a Gothic church which has been the site of the coronation of all the Hungarian monarchs since 1563 and for almost 300 years. Then continue to Grassalkovich Palace, a Rococo summer palace from the 18th century used to be known for its rich social life and a famous composer Joseph Haydn also performed here. Since 1996 it serves as the seat of the President of the Slovak Republic. Relax and enjoy a walking tour through its precious gardens.
Included:
* Gay or Lesbian Friendly Tour Guide for City Tour (3 hours)
* Entrance Fee – Bratislava City Museum (Closed on Mondays)
* Entrance Fee – Crypt & Catacombs of St. Martin's Cathedral

Did you ever heard about Ganymede? Many people don't know the Greek legend behind the Ganymede's Fountain, in front of the Slovak National Theatre, about God Zeus and his love with Ganymede. Take a look to the special statue on Venturska street and visit the unique PASSAGE project by Matej Kren, installed in Palffy Palace (GMB), which achieves the illusion of infinite space from the books. The installation has been appreciated by many world experts, visualization and photos published in leading international magazines on art. It has won the top prize in the global art competition Promotion of the Arts, organized by UNESCO in Paris. Afterwards continue you walking tour to Bratislava Castle, one of the main tourist attraction and the most significant symbol of the city. The Castle which in the past was controlled by Great Moravia and for almost 200 years stored the crown jewels of Hungary, nowadays hosts many expositions and is an ideal place for walks with beautiful surroundings and views. It serves as a representative venue for the Slovak Parliament and houses collections of the Slovak National Museum.
Included:
* Gay or Lesbian Friendly Tour Guide for City Tour (3 hours)
* Entrance Fee – Castle History Museum
* Entrance Fee – Unique Passage by Matej Kren

Enjoy an enlightened Bratislava and an amazing walking tour through Bratislava's gay & lesbian bars and clubs to live on your skin the magic atmosphere and LGBT scene of the city. Enjoy your included drink (also alcohol free drink available) and own the night !
Included:
* Gay or Lesbian Friendly Tour Guide for Night Tour (2 hours)
* Drink in Gay Bar (1 Drink)

Get ready for a special full day Gaily Excursion frome Bratislava Gay with us !