Starting from € 25
Highlights Get ready for a special Gaily Tours & Gaily Excursions !

ABOUT THE CITY...
Poland’s second city and home to over 750,000 people. Krakow mixes medieval splendour, 20th Century glamour, and postwar Soviet architecture to create a spectacle that you won’t forget in a hurry. The medieval city centre hosts one of the largest town squares of its kind in Europe. Other than this, people are drawn to Krakow for it’s elegant cafe culture, breathtaking views, and modest gay scene. Concentrated mostly in the trendy Kazimier district (old Jewish quarter), you will find a selection of Gay Bars & Dance Clubs and Gay Cruise Clubs within walking distance of each other. 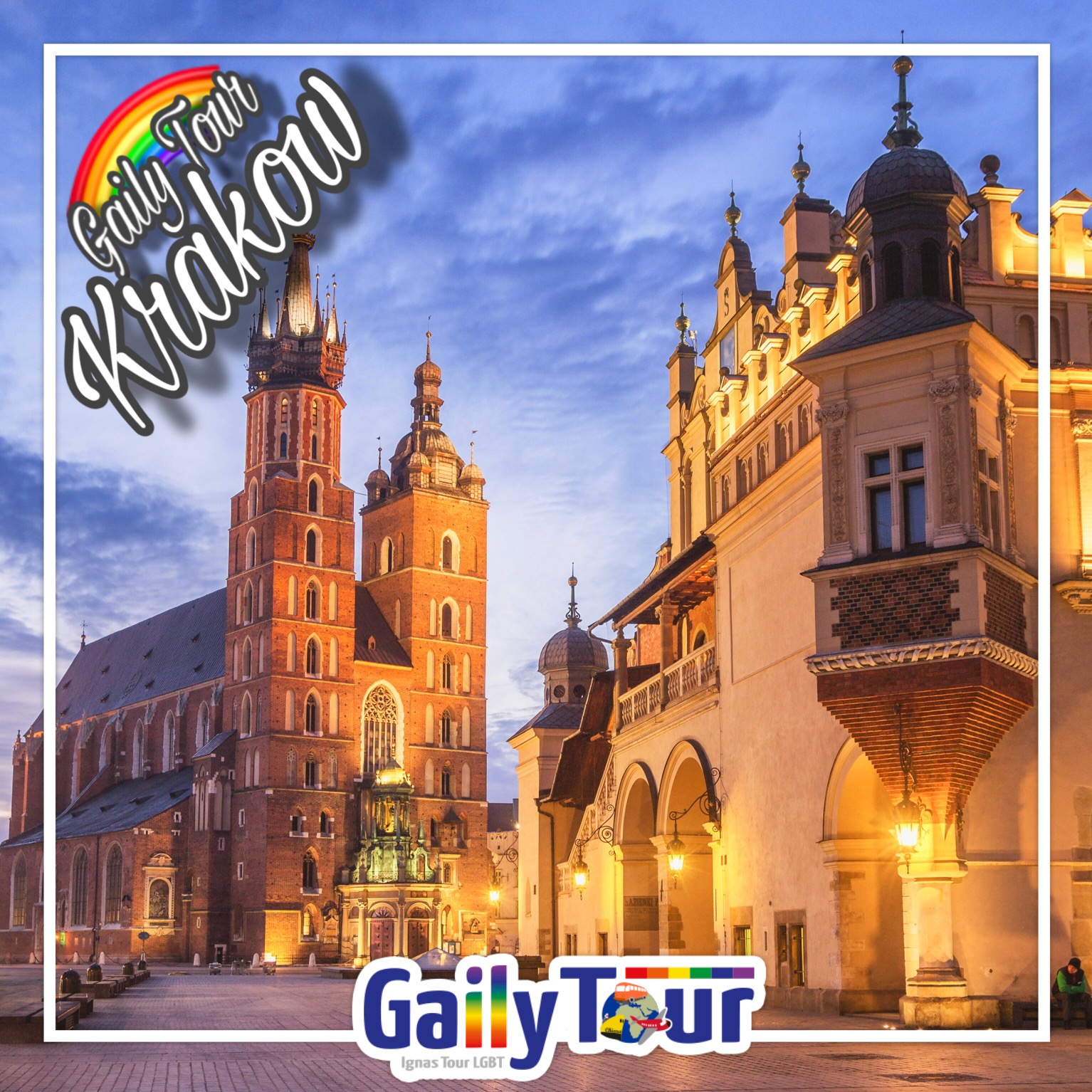 Get ready for special tours in this amazing city !
Meet our Gay/Lesbian Tour Guide for a private walking tour of Krakow Gay and experience one of the  prettiest cities in the world.

Start this incredible LGBT Friendly walking tour with the city’s medieval gate, and follows the path of the Royal Way – the ancient route by which kings made their progress through the city. During the tour lean more about LGBT life in Krakow, like October 2011 when elections saw Poland elect not only its first openly gay member of Parliament, Robert Biedroń, but also its first openly transgender. This amazing tour will show you the major sites, including the Barbican, the Church of St. Mary’s, the Market Square and many hidden treasures which lie along the way. Admire and reach the Wawel Hill which is the spiritual home of the nation and the culmination of the Royal Way. Enter the Castle and cathedra. Before leaving Wawel there is also the possibility of leaving through the cavernous Dragon’s Den, the home of a swashbuckling legend about a dragon-slaying prince who founded the city of Krakow. Finally, finish your tour in Kazimiers, the Jewish Quarter, where you can find Krakow's Gay and Lesbian bars and clubs.
Included:
* Gay or Lesbian Friendly Tour Guide for City Tour (3 hours)
* Entrance Fee -  Wawel Castle

Enjoy an enlightened Krakow and an amazing walking tour through Krakow's gay & lesbian bars and clubs to live on your skin the magic atmosphere and LGBT scene of the city. Enjoy your included drink (also alcohol free drink available) and own the night !
Included:
* Gay or Lesbian Tour Guide for Night Tour (2 hours)
* Drink in Gay Bar (1 Drink)

Get ready for a special full day Gaily Excursion from Krakow Gay with us !