ABOUT THE CITY...
Amsterdam is known as "Venice of the North" because of its historic canals that criss-cross the city, its impressive architecture and more than 1.500 bridges. The city is also considered the gay capital of Europe and the birthplace of gay rights. As a matter of fact the country represents a world leader in terms of liberal policies towards and public acceptance of the LGBT community. Homosexuality was decriminalized in 1811. Moreover one of the world's first gay rights' organisations, the COC, was founded here in 1946. In 1993, an Equal Rights Law outlawed discrimination on the basis of sexual orientation in areas such as housing and public services. Amsterdam's main LGBT areas are Reguliersdwarsstraat, Kerkstraat and Warmoesstraat. 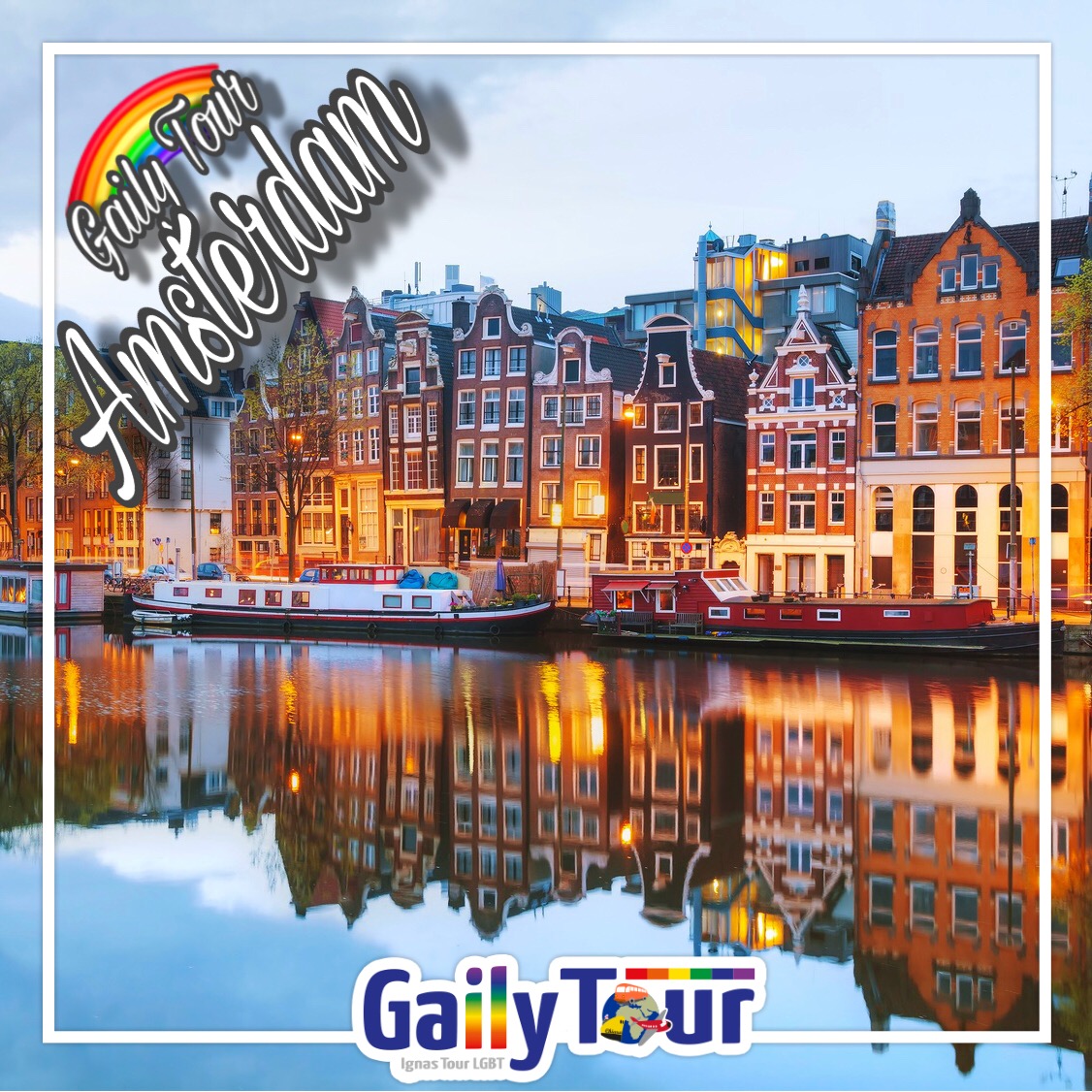 Get ready for special tours in this amazing city !
Meet our Gay/Lesbian Tour Guide for a private walking tour of Amsterdam Gay and experience one of the most avant-garde cities in the world.

Discover the vibrant city of Amsterdam together with our LGBT Friendly Tour Guide and explore some of its most famous symbols like the Red Light District, the spectacular charming Jordaan District and the hidden Begijnhof. Learn more about the birth of the city on the river Amstel to the glorious Golden Age. Observe Amsterdam's Canals which became a UNESCO World Heritage in 2010 and they are formed by draining swampland to create a canal network of concentric arcs. Reach the breathtaking Dam Square, home to the Royal Palace and 15th-century Nieuwe Kerk where many Dutch naval heroes are buried.
Included:
* Gay or Lesbian Friendly Tour Guide for City Tour (3 hours)
* Entrance Fee – Nieuwe Kerk

Did you ever heard about "HomoMunument" of Amsterdam? Discover the secrets behind this symbol for LGBT victims who lost their lives during World War II and many other stories linked to this precious city. Amsterdam has been the first country where same sex marriages became legal and in the roaring 80's and 90's, it turned into the LGBT capital of the world. Continue to the first Protestant church in Amsterdam and walk through the worldwide famous Red Light District. The tour will end at het Mandje which is Amsterdam’s first gay bar, opened in 1927. Afterwards enjoy the beautiful Van Gogh Museum which houses the world’s richest collection of one of the greatest painters in human history - Vincent van Gogh.
Included:
* Gay or Lesbian Friendly Tour Guide for City Tour (3 hours)
* Entrance Fee – Van Gogh Museum with Audioguide

Enjoy an enlightened Amsterdam and an amazing walking tour through Amsterdam's gay & lesbian bars and clubs to live on your skin the magic atmosphere and LGBT scene of the city. Walk through Amsterdam's most famous gay street, Reguliersdwarsstraat. Enjoy your included drink (also alcohol free drink available) and own the night !
Included:
* Gay or Lesbian Tour Guide for Night Tour (2 hours)
* Drink in Gay Bar (1 Drink)

Get ready for a special full day Gaily Excursion from Amsterdam Gay with us !