ABOUT THE CITY...
In the heart of Western Europe there's a country surrounded by lands, Luxembourg is one of the least populated countries in Europe with its people living within the capital, Luxembourg City. The Luxembourg that we know today first came about in 963. During both World Wars invading German military violated its neutrality. Nowadays, Luxembourg City is one of the three official capitals of the European Union and home to the European Court of Justice. Culture and wonderful scenarios are the elements that attract people here. Luxembourg’s gay scene is concentrated inside the capital. Luxembourg City does not have a specific gay area, but almost all bars in the city warmly welcome gay guests. In early July, the Rosa Lëtzebuerg organisies an annual Pride festival that attracts visitors from all around and where it is not unusual to see local celebrities and politicians taking part in the parade. 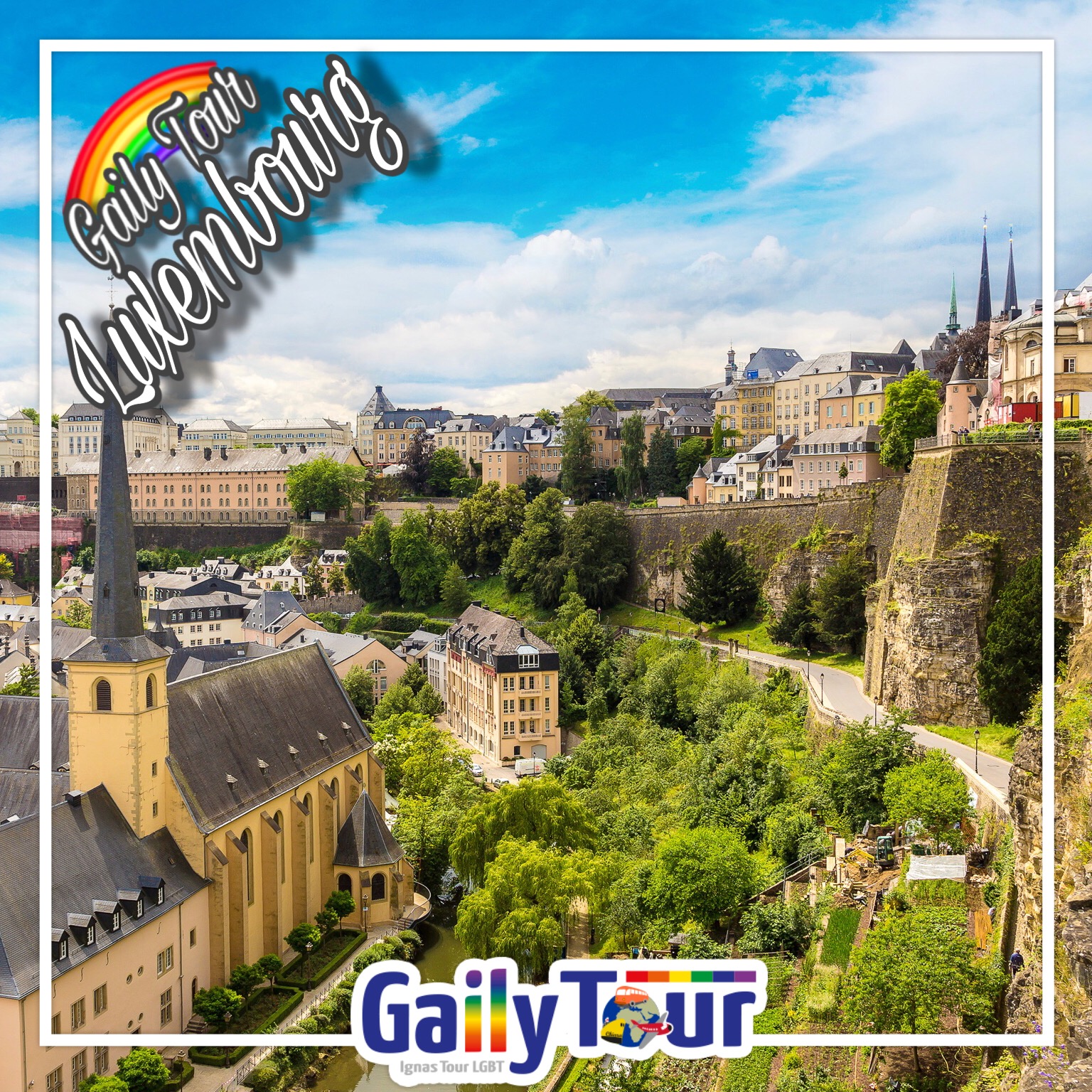 Get ready for special tours in this amazing city !
Meet our Gay/Lesbian Tour Guide for a private walking tour of Luxembourg Gay and experience one of the hospitable cities in the world.

Be ready for an extraordinary LGBT Friendly tour  through  time  and  space,  connecting  the  Upper  and  Lower  towns. You will visit the “Bock”  promontory,  Old  Town,  Wenceslas  ring  wall,  Alzette  valley  with  its  unique  fortifications. Learn the LGBT soul of Luxembourg and the legend of the Bock  Promontory, which is  not  only  regarded  as  the  mythical  founding  place  of  the city, but  also  as  the  legendary  realm  of  Melusina,  the  mermaid.  According  to  the legend, Siegfried, the first Count of Luxembourg, married a  mythical  creature  with  the  name  of  Melusina.  He  had  promised never to look at her on Saturdays but jealousy saw him break his promise and thus he looked through a keyhole and saw that his wife had a fishtail on Saturdays. Thereupon Melusina vanished in the depths of the Alzette and was never to be seen again, although she is said to appear at the Bock Promontory every seven years.
Included:
* Gay or Lesbian Friendly Tour Guide for City Tour (2 hours)
* Entrance Fee - Bock Casemates

Enjoy an enlightened Luxembourg and an amazing walking tour through Luxembourg's gay & lesbian bars and clubs to live on your skin the magic atmosphere and LGBT scene of the city. Enjoy your included drink (also alcohol free drink available) and own the night !
Included:
* Gay or Lesbian Tour Guide for Night Tour (2 hours)
* Drink in Gay Bar (1 Drink)

Get ready for a special full day Gaily Excursion from Luxembourgh Gay with us !