ABOUT THE CITY...
After becoming Lithuania's capital city and a European Capital of Culture, Vilnius became a UNESCO World Heritage Site with beautiful architecture and compact gay scene. Like many countries in Eastern Europe, attitudes and laws regarding gay and lesbian citizens are behind other states in Europe. As Lithuania is sparsely populated, it is rare to find gay scenes except for in the cities of Vilnius, Kaunas and Klaipėda. 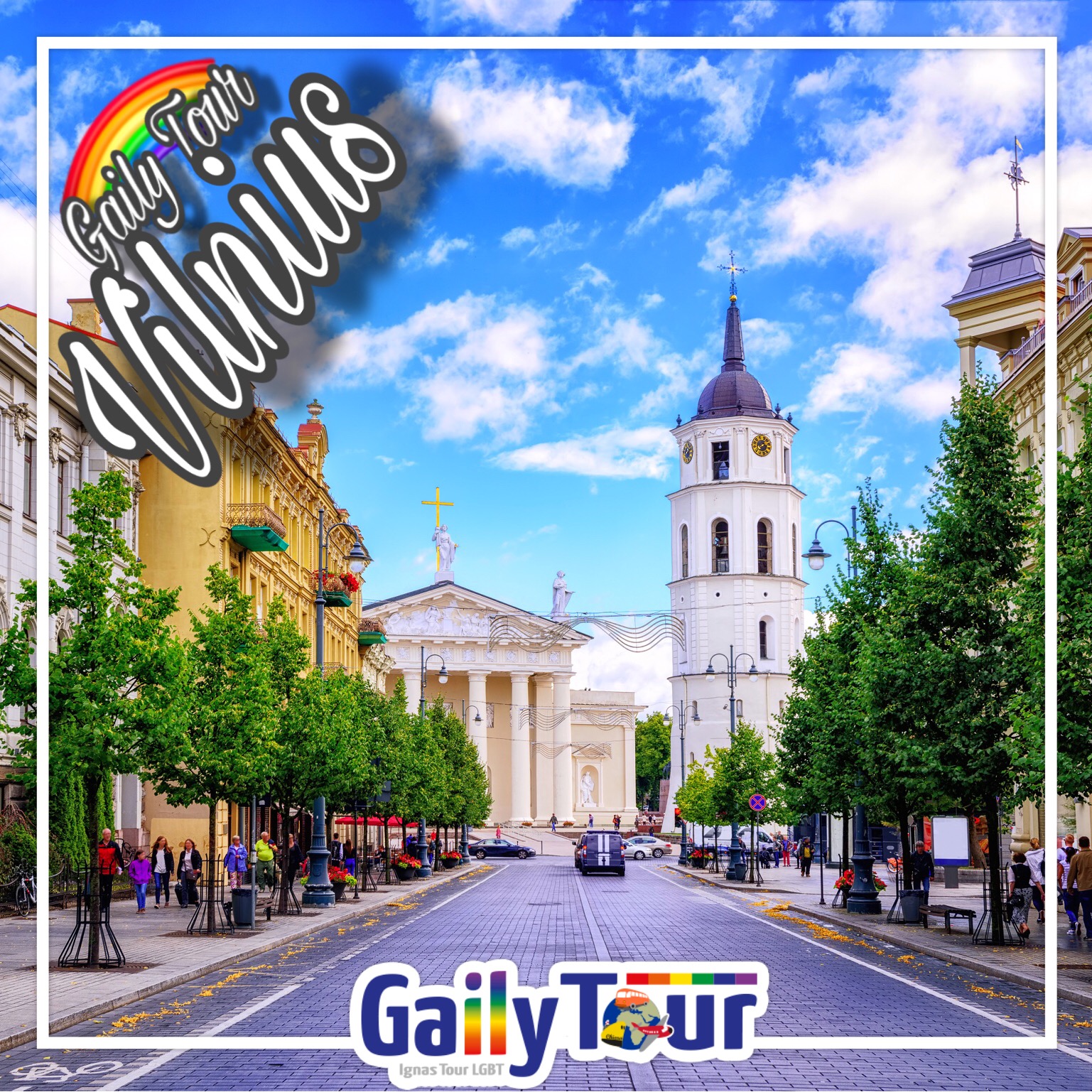 Get ready for special tours in this amazing city !
Meet our Gay/Lesbian Tour Guide for a private walking tour of Vilnius Gay and experience one of the most bustling cities in the world.

Start this special LGBT Friendly walking tour of Vilnius from the Gates of Dawn and one of the most visited shrines in Vilnius that is famous not only in Lithuania but also abroad, worshipped by the representatives of other creeds too.  Continue to the church of St Anne, a masterpiece of the late Gothic period. St Anne’s Church, which has survived to the present day without changing for over 500 years, has become a symbol of Vilnius. Then reach the self-proclaimed "Republic" of Uzupis, Vilnius' Bohemian and artistic district. It has its own anthem, constitution, president, bishop, two churches, the Bernadine Cemetery, seven bridges, and its own guardian called The Bronze Angel of Uzupis, who was put in the centre of the district in 2002. Explore one of Vilnius' oldest districts and admire its worldwide famous constitution where it is written that "6. Everyone has the right to love" and "16. Everyone has the right to be happy", no matter how. Afterwards observe the imposing Cathedral of St. Stanislav and St. Vladislav is the most important place of worship for Lithuania’s Catholics, and the venue for the country’s main Christian and national festivities. Be ready to climb up to Vilnius Cathedral Bell Tower, one of the oldest and tallest towers of the Old Town, which offers a beautiful panorama. Take a look from afar to the Hill of Three Crosses. Some say, that the origins of the three crosses date back to the 17th century when three monks placed them there to pay tribute to a group of fellow monks who were martyred in the 14th century. According to the history books, seven monks were killed and seven were tied to wooden crosses and floated down the Neris River, with the instruction to return to the west where they came from. After the tour you can climb on your own the hill to reach the monument.
Included:
* Gay or Lesbian Friendly Tour Guide for City Tour (3 hours)
* Entrance Fee – Vilnius Cathedral Bell Tower

Enjoy an enlightened Vilnius and an amazing walking tour through Vilnius' gay & lesbian bars and clubs to live on your skin the magic atmosphere and LGBT scene of the city. Enjoy your included drink (also alcohol free drink available) and own the night !
Included:
* Gay or Lesbian Friendly Tour Guide for Night Tour (2 hours)
* Drink in Gay Bar (1 Drink)

Get ready for a special full day Gaily Excursion frome Vilnius Gay with us !