ABOUT THE CITY...
Matera is known as the city of caves with spectacular scenery, stylish cave hotels, and a fascinating history. The caves of Matera had been inhabited for centuries; some humble and some smarter residences, but by the early twentieth-century the area was full of poverty. Until the 1950s hundreds of families were still living crowded into cave-houses here. The squalor and malaria-ridden conditions became a national scandal and finally the cave residents were moved - by law - to modern buildings on the plateau above. In 1993 the town was made a UNESCO World Heritage site, for being "the most outstanding, intact example of a settlement in the Mediterranean region, perfectly adapted to its terrain and ecosystem". The city was then setting for moovies like Mel Gibson's The Passion of the Christ and Pier Paolo Pasolini’s Il Vangelo secondo Matteo (The Gospel According to St. Matthew). 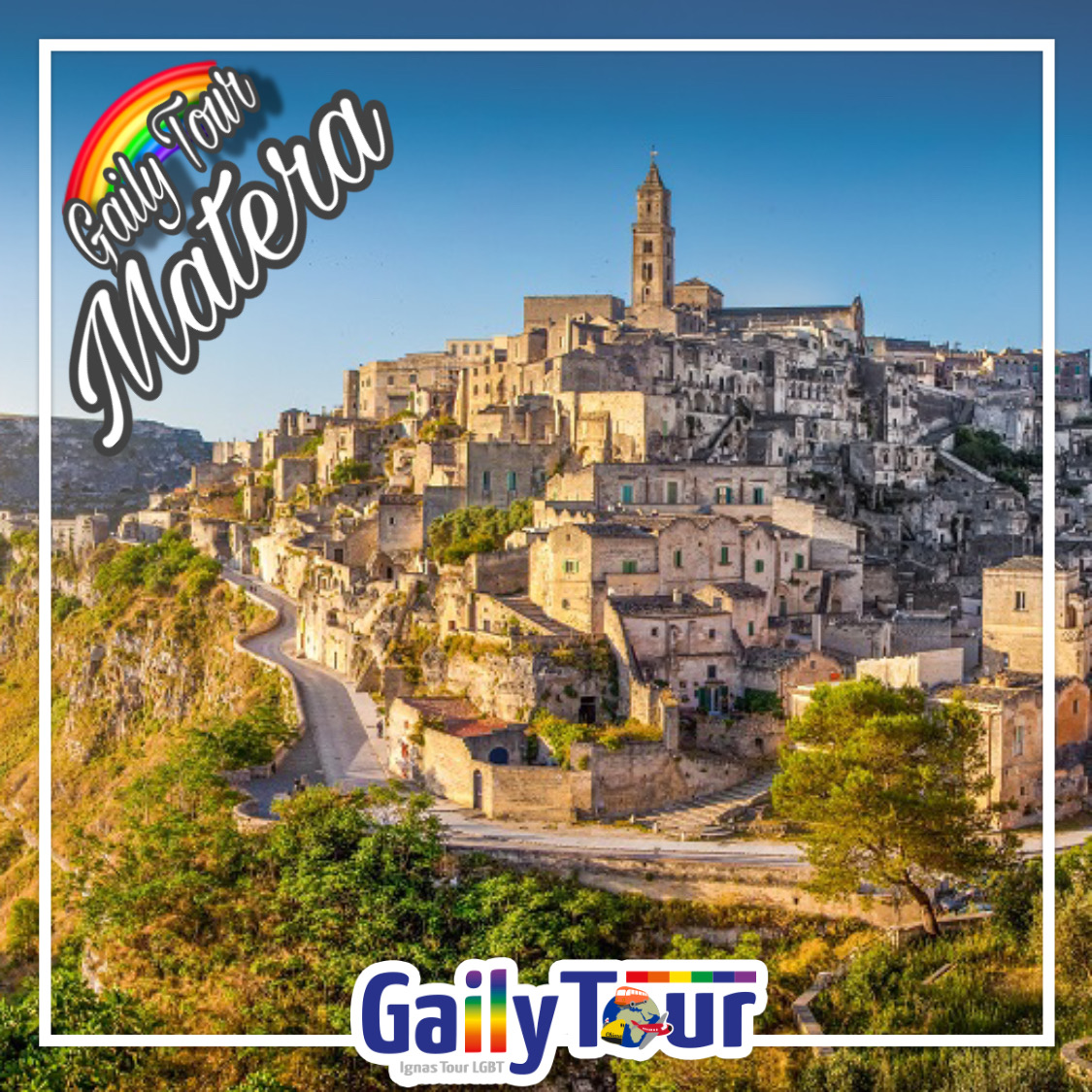 Get ready for special tours in this amazing city !
Meet our Gay/Lesbian Tour Guide for a private walking tour of Matera Gay and experience one of the most particular cities in the world.

Be ready for an extraordinary walking tour in Matera with our Gay/Lesbian Friendly Tour Guide. You will discover the magic and the secrets of the city! Walking tour from Piazza Pascoli on the best view point on Sasso Caveoso. Then walk to the Sassi and visit to the rock complex of Madonna delle Virtù and San Nicola dei Greci, with a monastery and caves dwellings where inside there is also an exhibition of Salvador Dalì. During the tour you will learn more about the secrets in past of the LGBT community, the local Gay Community and the LGBT movement in Basilicata from the beginning till today.
Included:
* Gay or Lesbian Tour Guide for City Tour (3 hours)
* Entrance Fee - Rock Complex

Enjoy an enlightened Matera and an amazing walking tour through Matera's gay & lesbian bars and clubs to live on your skin the magic atmosphere and LGBT scene of the city. Enjoy your included drink (also alcohol free drink available) and own the night !
Included:
* Gay or Lesbian Tour Guide for Night Tour (2 hours)
* Aperitif in Gay Bar (1 Drink)

Get ready for a special full day Gaily Excursion from Matera Gay with us !