ABOUT THE CITY...
Bologna, the City of Porticoes. Seat of the most ancient university in the western world, Bologna, in Emilia Romagna, is a city with an intense cultural life and intriguing historical background. The city is also very famous for its LGBT nightlife and community and its city center has been declared UNESCO World Heritage. 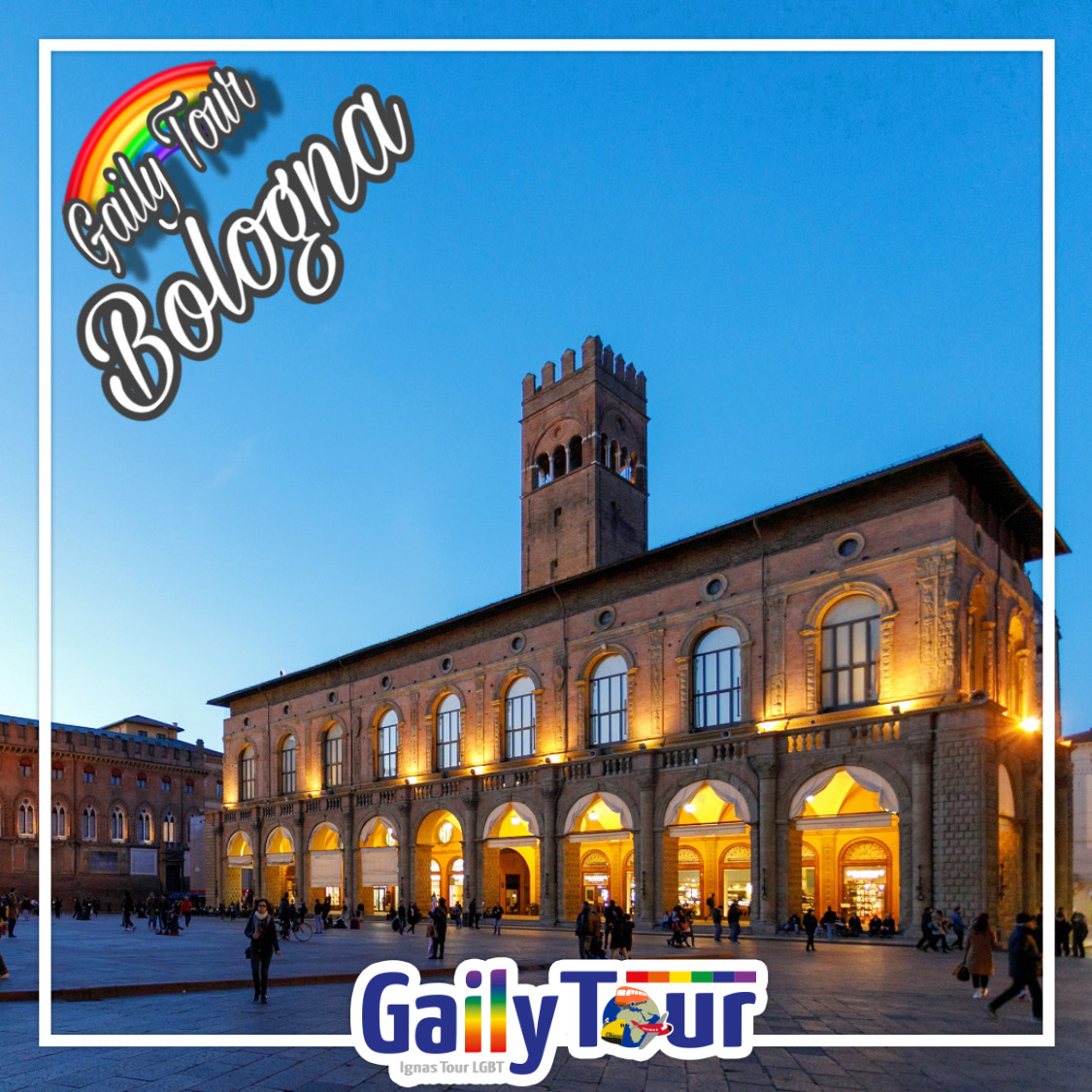 Get ready for special tours in this amazing city !
Meet our Gay/Lesbian Tour Guide for a private walking tour of Bologna Gay and experience one of the most tasty cities in the world.

Be ready for an extraordinary walking tour in Bologna with our Gay/Lesbian Friendly Tour Guide. The red color of the bricks and the long porticoes (declared UNESCO World Heritage) give the capital of Emilia a special charm. The medieval centre offers suggestive spots, animated by typical shops, and by the storm of students who since 1088 are part of the oldest university in Europe. The tour starts at Piazza Maggiore, the heart of Bologna with its main red colored buildings: the City Hall, the Podestà Palace, the most famous Neptune’s Fountain, the King Enzo’s Palace and the Sala Borsa. Admire the Basilica of Saint Petronio, one of the biggest churches in the world and the only one with the longest sundial in Europe. The tour will continue with a visit of the first seat of the University of Bologna, Archiginnasio and its famous Anatomy Theatre dated 1637. Afterwards walk through the historical Food Market towards the Gothic Merchants’ Palace and the Saint Steven’s Basilica, better known as the Seven Churches Complex. During the tour learn more about the LGBT history of the city and its important ARCI Gay LGBT center.
Included:
* Gay or Lesbian Tour Guide for City Tour (3 hours)
* Entrance Fee - Palazzo dell'Archiginnasio & Teatro Anatomico

Enjoy an enlightened Bologna and an amazing walking tour through Bologna's gay & lesbian bars and clubs to live on your skin the magic atmosphere and LGBT scene of the city. Enjoy your included drink (also alcohol free drink available) and own the night !
Included:
* Gay or Lesbian Tour Guide for Night Tour (2 hours)
* Aperitif in Gay Bar (1 Drink)

Get ready for a special full day Gaily Excursion from Bologna Gay with us !