ABOUT THE CITY...
Dublin has a worldwide reputation for being one of the best cities to live and visit. A mix of historic medieval quarter and ultra-modern tech quarters. This modern, vibrant and historic city has a lot to offer, including antique emporiums, delicious eateries and an energetic party scene. Famed for its diversity and home to gay author Oscar Wilde, you’ll find Dublin hosts the main hub of the Irish gay community. The gay scene is located in the city centre, primarily located along the River Liffey. 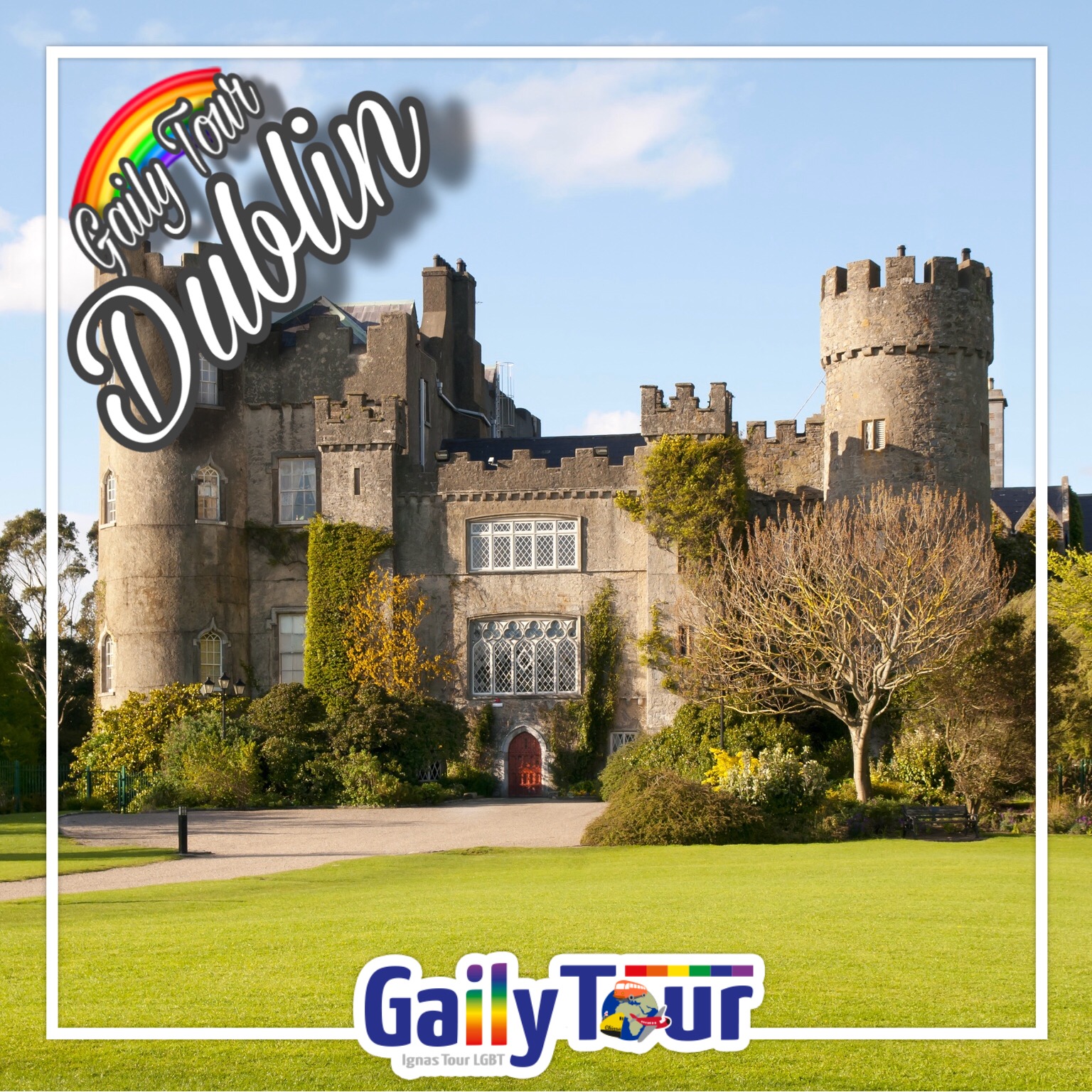 GAILY TOURS in DUBLIN Get ready for special tours in this amazing city !
Meet our Gay/Lesbian Tour Guide for a private walking tour of Dublin and experience one of the most contemporary cities in the world.

Dublin • Classic Tour
Enjoy an amazing LGBT friendly tour in Dublin, and get a taste of the history and culture of this vibrant capital city. Admire highlights of Dublin like Bank of Ireland (former 18th century House of Parliament), City Hall, O’Connell Street, Temple Bar, the River Liffey, the former Viking/Medieval Quarter, Christ Church Cathedral, St Patrick’s Cathedral, City Hall, Dublin Castle, Powerscourt Centre/Grafton Street, Merrion Square, Kildare Street etc. Afterwards enter world-famous Guinness Brewery, the Guinness Storehouse which offers a unique experience where you will discover what goes into making a pint of Guinness. Glass walled lifts whisk you from floor to floor, through a fascinating exhibition that uses words, music, images, sounds and smells to bring to life the rich splendor of the Guinness story. Finish with a pint in the breathtaking view of the Gravity Bar, the highest bar in Dublin, which gives a 360-degree view across Dublin and its surroundings.
Included:
* Gay or Lesbian Friendly Tour Guide for City Tour (3 hours)
* Entrance Fee - Guinness Storehouse

Dublin • Gay Tour & Oscar Wilde's Secrets
Be ready for an LGBT Tour of Dublin, exploring gay history from the medieval period right up to modern day. Follow the steps of Oscar Wilde from his childhood home to his statue in Merrion Sq. Don’t miss Trinity College, the most famous university in Ireland founded in 1592 by Queen Elizabeth 1st of England and the scholarly home to many classical and contemporary Irish writers. Here you will see the world-famous Book of Kells, an early Christian illuminated manuscript, handwritten and beautifully decorated by Irish monks. The magnificent old library hall “The Long Room” will also impress you. Learn more about the General Post Office’s Rising, Irish fight for Independence and Sir Roger Casement, one of the key figures in Ireland's independence movement, human rights advocate who authored the first report detailing atrocities committed in King Leopold's Congo Free State, and was executed in London for his participation in the Easter Rising (rumours and contested evidence of his homosexuality likely played a deciding role in his death sentence). Afterwards have an overview of the Irish LGBT modern history, a country which became the first country to legalise same-sex marriage by popular referendum.
Included:
* Gay or Lesbian Friendly Tour Guide for City Tour (3 hours)
* Entrance Fee - Trinity College

Dublin by Night • Gay Tour
Enjoy an enlightened Dublin and an amazing walking tour through Dublin's gay & lesbian bars and clubs to live on your skin the magic atmosphere and LGBT scene of the city. Enjoy your included drink (also alcohol free drink available) and own the night !
Included:
* Gay or Lesbian Friendly Tour Guide for Night Tour (2 hours)
* Drink in Gay Bar (1 Drink)

GAILY EXCURSIONS from DUBLIN
Get ready for a special full day Gaily Excursion with us !