ABOUT THE CITY...
Belfast is the second largest city on the island of Ireland. Also known as Linenpolis for its being the largest producer, Belfast was a key port and town during the Industrial Revolution. Sectarian violence known as The Troubles divided the city for over 30 years in the 60's. Today, this separation has mostly disappeared and turned into peaceful co-existence between Catholics and Protestants. Belfast is still a center of industry with its ports, docks and shipyards that still dominate the economy. Pubs and friendly warm reception attracts tourist form all around. The gay scene of Belfast is vibrant, diverse and surprisingly good for a city of this size. In summer, Belfast celebrate its annual LGBT Pride, the biggest in Ireland, ans in November, the city also hosts the Outburst Queer Arts Festival. 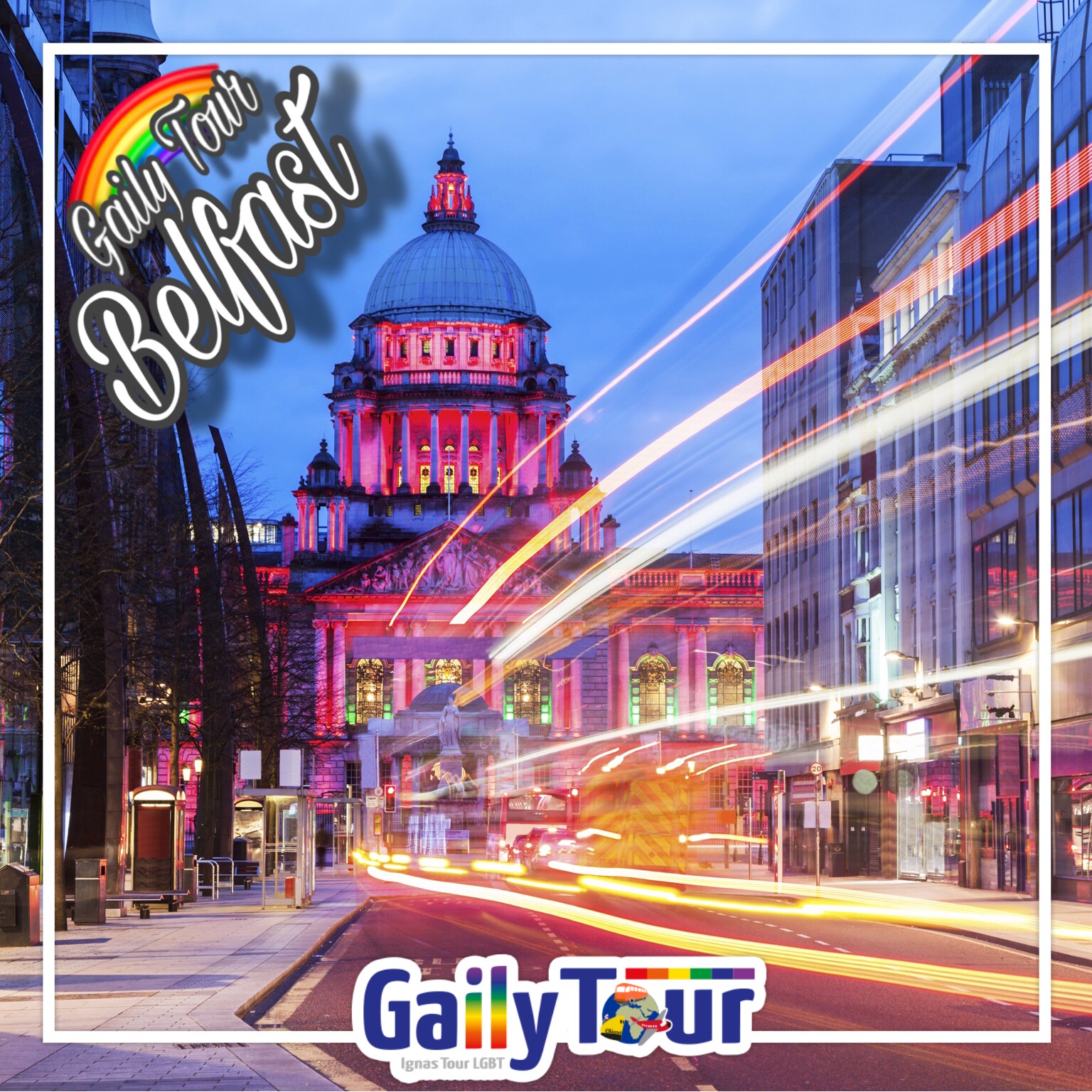 Get ready for special tours in this amazing city !
Meet our Gay/Lesbian Tour Guide for a private walking tour of Belfast Gay and experience one of the iconic cities in the world.

Enjoy a walking tour of all the highlights of this vibrant city including the famous shipyard of Harland & Wolff where the “Titanic” was built, the historic Queen’s University and The Linen Hall Library. See the new developments along the Lagan River with the Waterfront Hall and the impressing Odyssey Complex. You will also see Belfast’s famous City Hall, home of the Belfast County Council and a fine example of Classical Renaissance style of Portland stone with a most ornate dome, a grand staircase, an oak furnished Council Chamber. Don’t miss to have a drink in the famous Crown Liquor Salon the most perfectly preserved Victorian pub interior in the province and a landmark in this city. The pub is also the only pub owned by the National Trust. Learn the real story of the RMS Titanic—from its design to its 1912 ill-fated maiden voyage—on this 1.5-hour guided walking tour around Belfast’s Titanic Quarter. You’ll past the drawing offices where the British passenger liner was designed, meander along the slipways where it first touched water, and journey 44 feet down to the floor of the massive dry-dock where the Titanic was finished. Finally enter the Titanic Experience Museum and discover the untold history of Gay Passengers and Crew.
Included:
* Gay or Lesbian Friendly Tour Guide for City Tour (3 hours)
* Skip-The-Line Entrance Fee – Titanic Experience in Belfast

Enjoy an enlightened Belfast and an amazing walking tour through Belfast's gay & lesbian bars and clubs to live on your skin the magic atmosphere and LGBT scene of the city. Enjoy your included drink (also alcohol free drink available) and own the night !
Included:
* Gay or Lesbian Tour Guide for Night Tour (2 hours)
* Drink in Gay Bar (1 Drink)

Get ready for a special full day Gaily Excursion from Belfast Gay with us !