ABOUT THE CITY...
Reykjavik is dynamic, cosmopolitan and increasingly open minded city. In 2010 Iceland became the ninth country in the world to legalize same sex marriage. Icelanders like to party late, so be sure to take a disco nap before going out, and feel free to stay out all night long. Laugavegur Street is the epicenter of shopping and nightlife, also the home of Samtkin '78, the LBGT center in Iceland. 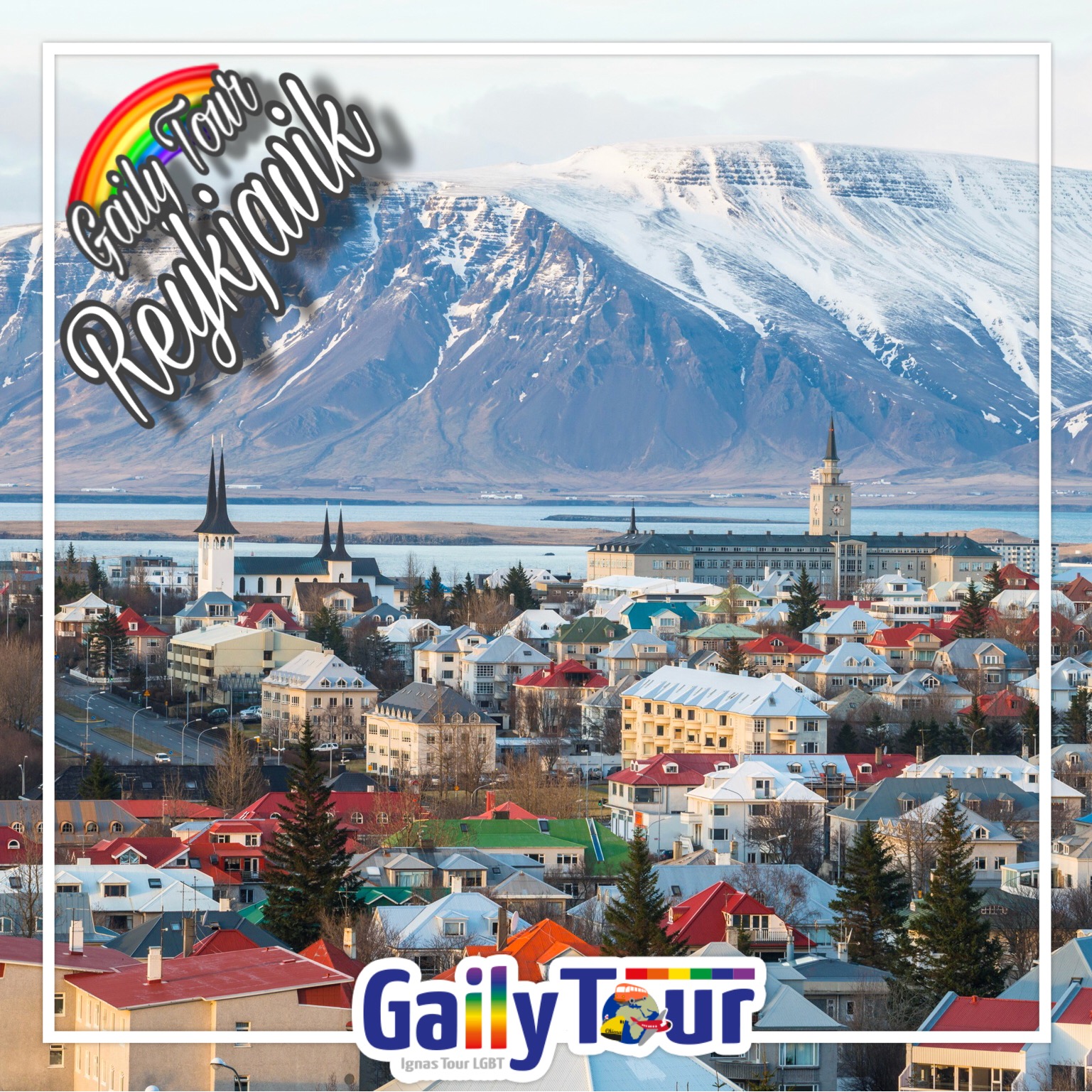 Get ready for special tours in this amazing city !
Meet our Gay/Lesbian Tour Guide for a private walking tour of Reykjavik Gay and experience one of the most secret cities in the world.

Let's start together with your LGBT Friendly Tour Guide this incredible tour of Iceland's Capital City, from the Old Town and Parliament. Be ready to learn about the LGBT culture and the struggle for human rights for Icelandic queers dating back to the 19th century. Nightlife, politics, literature and music - all connected with the existence of LGBT people in Reykjavik. Also, a close look on a few renowned gay individuals in the history of Iceland. The Gay culture in Reykjavik has, until very recently, been hidden to the public eye. The aim of the Gay Historical Walks is to shed some light on that very interesting part of Reykjavik life. There are numerous interesting places and stories to be told in the city center. Continue to Hotel Borg, to Iceland's first (and oldest) street, to Reykjavík's oldest house (which used to house a gay bar) and loads of other cool sites. Admire Harpa, the beautiful and brand new Reykjavik Music and Conference Center. Reach the spectacular Solfar (Sun Voyager) Sculpture and Hallgrimskirkja, where you will visit the Tower and enjoy a beautiful view above Reykjavik.
Included:
* Gay or Lesbian Tour Guide for City Tour (3 hours)
* Entrance Fee – Hallgrimskirkja Tower

Enjoy an enlightened Reykjavik and an amazing walking tour through Reykjavik's gay & lesbian bars and clubs to live on your skin the magic atmosphere and LGBT scene of the city. Enjoy your included drink (also alcohol free drink available) and own the night !
Included:
* Gay or Lesbian Friendly Tour Guide for Night Tour (2 hours)
* Drink in Gay Bar (1 Drink)

Get ready for a special full day Gaily Excursion from Reykjavik Gay with us !