ABOUT THE CITY...
Being part of the Cyclades Islands of the Aegean Sea, Mykonos is probably the largest gay island of the Mediterranean. Despite the crowd in summer, the island still remains full of charm and perfectly embodies the idea of the Greek island of dreams for the crystal clear waters, the houses with their picturesque white walls and the beaches. There's no need to have a map to get around the island, follow the crowd and it will lead you to the trendiest sights. 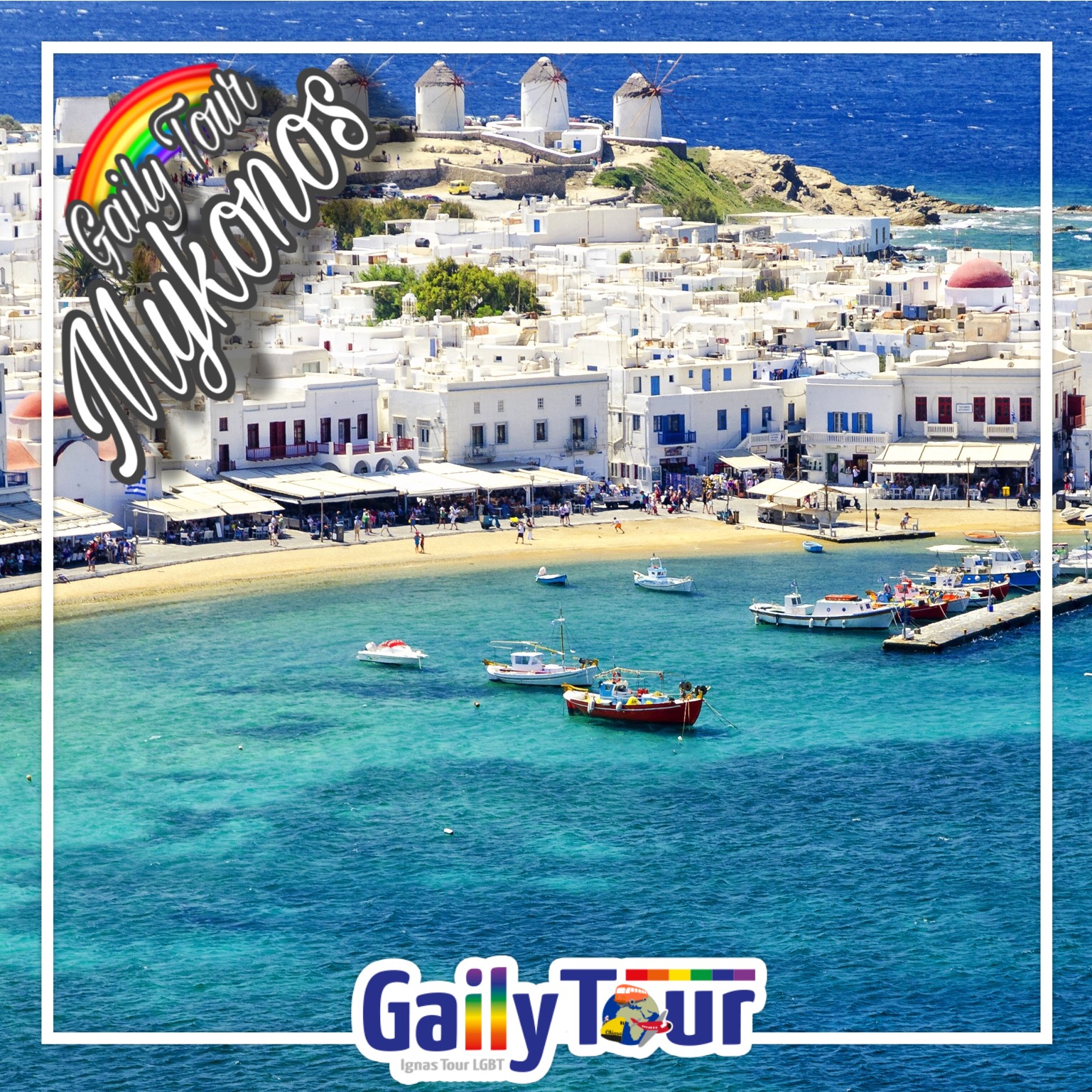 Meet our Gay/Lesbian Tour Guide for a private walking tour of Mykonos Gay and experience one of the most rainbow cities in the world.

Stroll the streets of Mykonos on a guided walking tour, and experience the cosmopolitan vibe of the most fabulous island of the Aegean. Mykonos has been a gay holiday destination for more than 30 years.  During the late 1990’s, the emerging gay scene in Ibiza enticed a lot of gay sunbathers away from Mykonos, but the past few years have seen a resurgence in the island’s popularity. Marvel at the natural beauty of the island, and stroll down streets filled with boutique stores and stylish bars. Explore the town, walking the small and narrow streets, where you will have the opportunity to take breathtaking photographs of the Labyrinth and beautiful snow-white houses. See the famous windmills and be on the lookout for Petros, The Pelican, the mascot of Mykonos. End the walking tour at Little Venice, colourful two- and three-storey houses standing by the sea. This area is now home to numerous bars and cafés and extremely popular at sunset.
Included:
* Gay or Lesbian Tour Escort for City Tour (3 hours)
* Transfer to/from hotel with LGBT Friendly Driver

Enjoy an enlightened Mykonos and an amazing walking tour through Mykonos' gay & lesbian bars and clubs to live on your skin the magic atmosphere and LGBT scene of the city. Enjoy your included drink (also alcohol free drink available) and own the night !
Included:
* Gay or Lesbian Friendly Tour Guide for Night Tour (2 hours)
* Drink in Gay Bar (1 Drink)

Get ready for a special full day Gaily Excursion from MyKonos Gay with us !