ABOUT THE CITY...
Munich is the capital and the largest city in Bavaria. Munich is famous for its stunning architecture, fine culture and the annual beer celebration Oktoberfest with million of visitors and liters of beer consumed. As a liberal metropolis where LGBT people are embraced and welcome as a natural part of society, Munich is one of the greatest and hottest gay destination! Here you can find almost anything if you know where to look. Thanks to the open-minded approach of Germany to the LGBT community, Munich can count on a long and well-established tradition of gay bars and friendly activities. 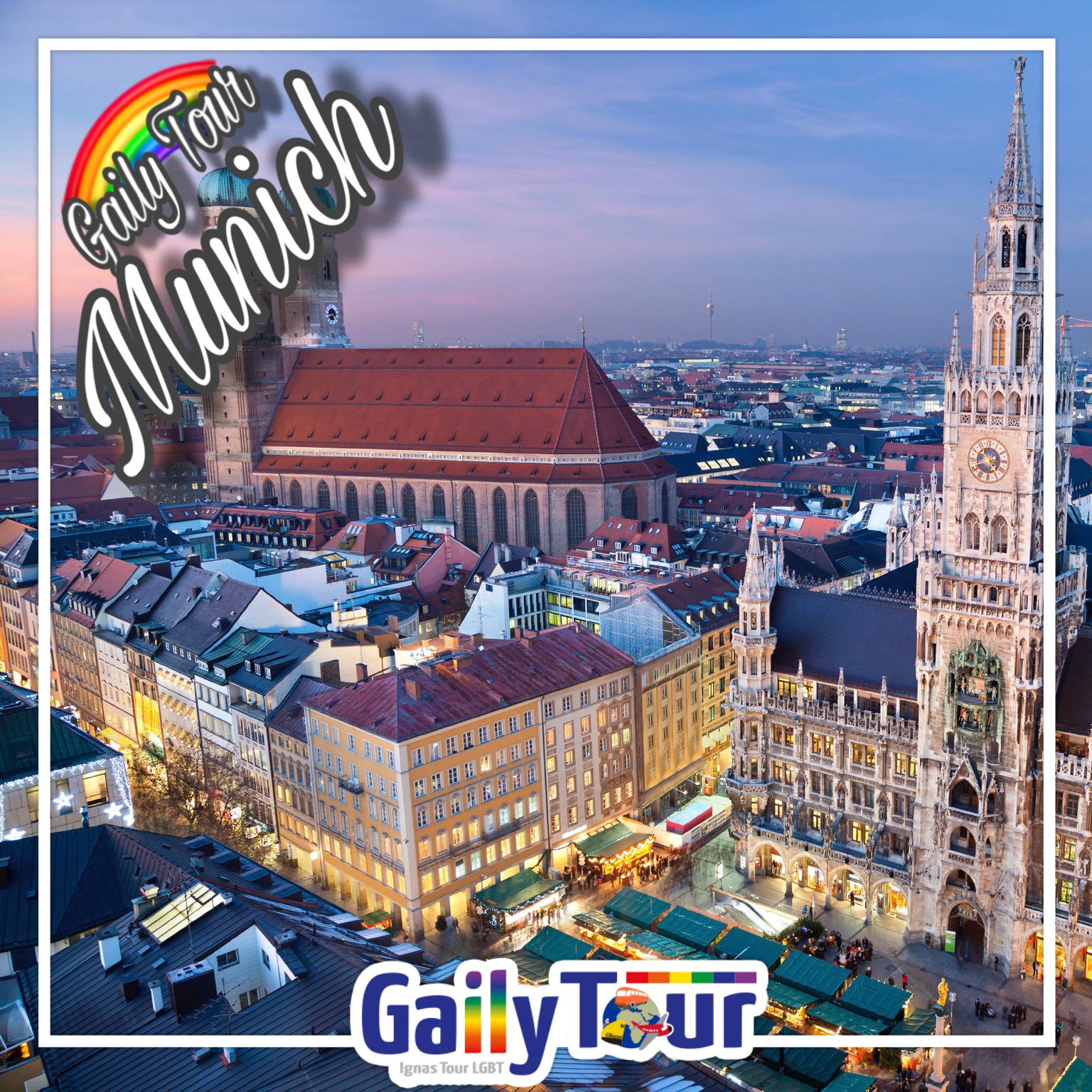 Get ready for special tours in this amazing city !
Meet our Gay/Lesbian Tour Guide for a private walking tour of Munich Gay and experience one of the most eclectic cities in the world.

Bavarian capital Munich boasts an eclectic mix of historic and modern architecture owing to the careful reconstruction of centuries-old buildings and new landmarks built after World War II. Take a walking tour with our LGBT Friendly Tour Guide through the Altstadt (Old Town), central Marienplatz square that marks the heart of the city of Munich, the Frauenkirche and the Neo-Gothic Neues Rathaus (town hall). Continue towards the Royal Residence (Residenz), the former royal palace of the Bavarian monarch and the largest city palace in Germany, opened to visitors to see its spectacularly adorned rooms and royal collections. Finally reach the Englischer Garten (English Garden) where you will have free time to stroll around this idyllic place and Munich's green oasis.
Included:
* Gay or Lesbian Friendly Tour Guide for City Tour (3 hours)
* Entrance Fee - Royal Residence (Residenz)

Explore the marvelous old-town of Munich. Our LGBT tour shows you typical Munich life. Take a look to its colourful Viktualien-Market and Marienplatz as the center of the city. Visit the Old Town Hall, the seat of the Municipality of Munich until the construction of the Neues Rathaus in 1874. Follow the tracks of famous gay personalities in Munich. On our way you will admire also the royal Wittelsbach family with their residence and the crypt of the fairytale king Ludwig II.  Afterwards you will take a look to the famous “Hofbräuhaus” as well as a variety of Munichs ancient and modern attractions. Finally enjoy a glass of German Beer on the rooftop of the most famous gay hangouts of Munich, the hotel Deutsche Eiche (also housing on of the biggest Saunas in Europe) with a lot of history by listening to stories about the famous Oktoberfest beer festival.
Included:
* Gay or Lesbian Tour Guide for City Tour (3 hours)
* Entrance Fee - Old Town Hall / Altes Rathaus
* 1 Glass German Beer (also Non Alcoholic Drink available)

Enjoy an enlightened Munich and an amazing walking tour through Munich's gay & lesbian bars and clubs to live on your skin the magic atmosphere and LGBT scene of the city. Enjoy your included drink (also alcohol free drink available) and own the night !
Included:
* Gay or Lesbian Tour Guide for Night Tour (2 hours)
* Drink in Gay Bar (1 Drink)

Get ready for a special full day Gaily Excursion from Munich Gay with us !

After breakfast meeting with our LGBT Friendly Driver and be ready for a touching Gaily Excursion from Munich to Dachau. Although visiting a concentration camp would perhaps not be considered 'pleasurable', its historic importance is beyond doubt. On this excursion, we will remember some of the most tragic events of the 20th century, in the very same place they happened. Learn how Dachau provided a model for all Nazi camps, and see the exhibitions and memorials, together with the reconstructed barracks and cells, as your guide provides illuminating, informative and sensitive commentary.Afterwards transfer back to Munich.
Included:
* LGBT Friendly Driver for Gaily Excursion
* AC Minibus or Car for the Excursion
* Entrance – Dachau Concentration Camp Memorial Site
* OPTIONAL Gay or Lesbian Friendly Tour Guide for Gaily Excursion

After breakfast meeting with our LGBT Friendly Driver and be ready for an extraordinary Gaily Excursion from Munich to Linderhof Palace, Oberammergau and the Neuschwanstein Castle, the fairytale castle in Bavaria, with 1.4 million visitors per year, one of the three most visited tourist attractions in Germany. You’ll first visit Linderhof Castle, a French rococo-style castle inspired by Versailles itself and surrounded by immaculately manicured gardens. A quick shopping and photo stop in the charming village Oberammergau will recharge your batteries for the second half of your day. Welcome to the Disney castle, located in the village of Hohenschwangau in the hills of the green region Allgäu in Bavaria. The construction of the idyllic castle was started in 1869 on behalf of the shy and eccentric King Ludwig II, who had this castle built to escape public life. The walls were made of brick with light-colored limestone as decoration. After his passing in 1886 the construction was paused, and the fairytale castle was opened to the public. Walt Disney visited this castle and used it as inspiration for the castle of Cinderella and Sleeping Beauty in Disneyland. Learn more about the history of the castle and enjoy the view from the famous Marienbrücke. Afterwards transfer back to Munich.
Included:
* LGBT Friendly Driver for Gaily Excursion
* Gay or Lesbian Friendly Tour Guide for Gaily Excursion
* Entrance - Linderhof Royal Palace
* Visit to the charming village of Oberammergau
* Entrance - Neuschwanstein Castle with Guided Tour

Supplement Official Guide € 360,00 (Rates are Commissionable) to be divided between Participants