ABOUT THE CITY...
Germany’s most important business and financial hub city, Frankfurt is renowned for its amazing high-rise skyline. People spending a few days in Frankfurt encounter a fabulous combination of the new and old, with skyscrapers living harmoniously with beautiful historic buildings, parks, shopping arcades and museums. Historic bridges that span the Main are attractions in their own right and provide a fantastic landscape from each side of the river. Frankfurt’s gay scene is focused around Alte Gasse street in the city centre (Innenstadt). Most of the gay bars and clubs are within walking distance of each other. Frankfurt is a very international city. The presence of multinational businesses, institutions and a massive airport attracts a diverse and international people. Even if not on the same level as Berlin's gay scene, the Frankfurt one does offers a wide choice of nightlife and activities. 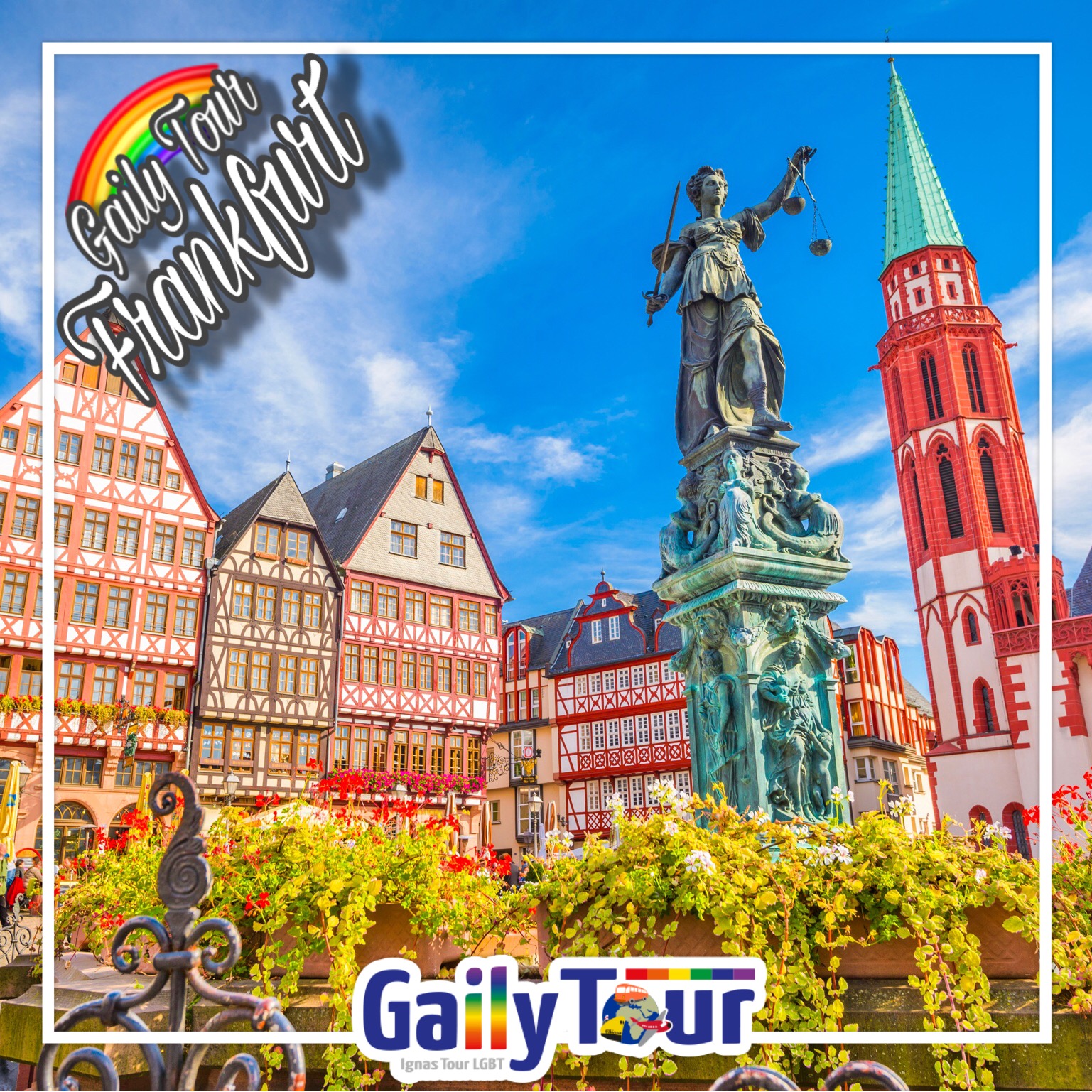 Get ready for special tours in this amazing city !
Meet our Gay/Lesbian Tour Guide for a private walking tour of Frankfurt Gay and experience one of the most financial cities in the world.

Welcome to Frankfurt – the financial center, the European city, the traffic hub, the smallest metropolis in the world. Explore with our Gay and Lesbian Tour Guides another soul of the city. Take a look to the classic Highlights like the Paulskirche and Goethe, the Stock Exchange, the Book Fair and the skyline. Afterwards continue to a special place. In 1994, a memorial commemorating the persecution and murder of homosexuals during the reign of the National Socialists was erected in Frankfurt am Main, the first of its kind in Germany. It can be found at Klaus-Mann-Platz, near the intersection of Schäfergasse and Alte Gasse. The sculpture of an angel represents the centerpiece of the memorial and it remains an important place of remembrance and quiet contemplation in the heart of the city. After that, climb up to the to take a view of the city from above.
Included:
* Gay or Lesbian Friendly Tour Guide for City Tour (3 hours)
* Entrance Fee - Main Tower

Enjoy an enlightened Frankfurt and an amazing walking tour through Frankfurt's gay & lesbian bars and clubs to live on your skin the magic atmosphere and LGBT scene of the city. Enjoy your included drink (also alcohol free drink available) and own the night !
Included:
* Gay or Lesbian Tour Guide for Night Tour (2 hours)
* Drink in Gay Bar (1 Drink)

Get ready for a special full day Gaily Excursion from Frankfurt Gay with us !