ABOUT THE CITY...
Berlin is a great intercultural and fascinating city. Berlin's nightlife still echoes the years when the city was the first and most shining beacon of tolerance, in the late 1920s and early 1930s. Nowadays there are two important gay neighborhoods in the districts of Schöneberg and Kreuzberg (both in the western part of Berlin). Most of the gay hotels, bars, cafes and shops in Berlin are located in the Schöneberg district which had dance halls for men already back in the 1920s. 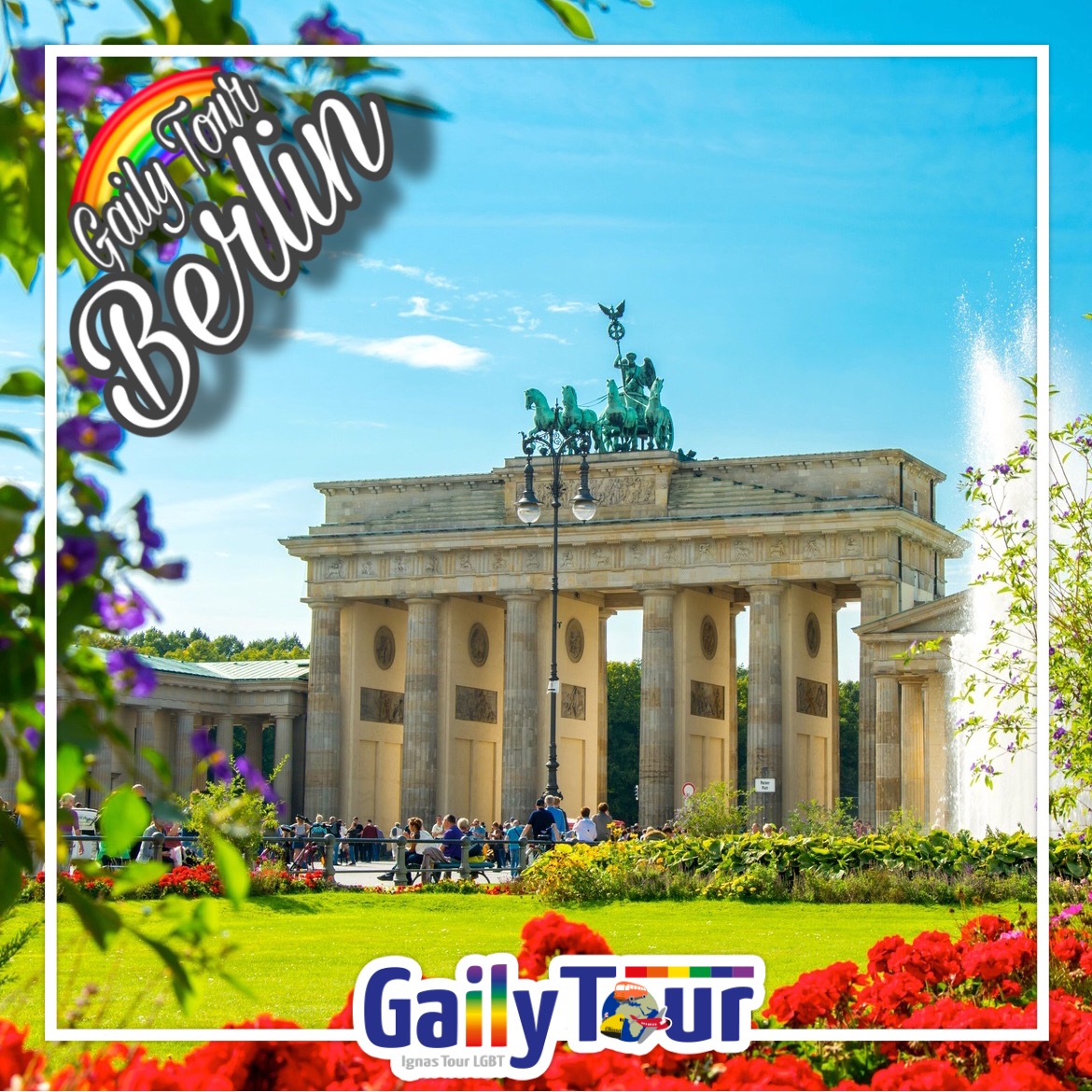 Get ready for special tours in this amazing city !
Meet our Gay/Lesbian Tour Guide for a private walking tour of Berlin Gay and experience one of the most avant-garde cities in the world.

Start your Berlin tour with our Gay/Lesbian Guide with a view of the main highlights. Observe the Brandenburg Gate, one of the most famous monument of Berlin, marking the beginning of the road from Berlin to the city of Brandenburg an der Havel and a symbol of unity and Peace after the destruction of the Berlin Wall in 1990. Continue to the memorial of the Jews murdered in Europe. Then take a look to the Reichstag building, the German parliament. Walk along historic avenues such as Unter den Linden and admire Berlin’s Cathedral, passing by the Museum Island and reaching the Television Tower and Alexanderplatz. Finally you will enjoy the special view of Berlin from above by climbing the TV tower. With 368 meters the TV Tower is the highest open building in Europe and one of the most popular tourist attractions in Berlin. Over 1 million people visit the TV Tower at Alexanderplatz every year.
Included:
* Gay or Lesbian Tour Guide for City Tour (4 hours)
* Entrance Fee Skip-The-Line – Berliner Fernsehturm

Berlin is the queer capital of Europe and has been a pioneer of gay and lesbian rights since the late 19th Century. Explore with our Gay/Lesbian Guide Berlin’s gay neighborhood, Schöneberg, home of Marlene Dietrich and chronicled by Christopher Isherwood and Otto Dix. Visit the Eldorado, one of Berlin’s oldest gay and transvestite bars. Visit a memorial to the homosexuals persecuted by the Nazis and find out how openly queer and transgendered individuals found assistance. Then continue with public transportation to the vibrant neighbourhood of Kreuzberg to get a feel for what life is like today for queer individuals in Berlin. Find out how queer figures from the Prussian King Frederick the Great to openly gay mayor Klaus Wowereit have shaped the history of Berlin, a city which still believes a “kiss-in” to be the best form of protest, and finish the tour near to the Gay Museum. After the tour enjoy a delicious Beer tasting (2 small German Beers) together with a typical Brezel salty bread.
Included:
* Gay or Lesbian Tour Guide for City Tour (3 hours)
* German Beer & Brezel Tasting (2 Small Beers + 1 Piece Brezel)

Enjoy an enlightened Berlin and an amazing walking tour through Berlin’s gay & lesbian bars and clubs to live on your skin the magic atmosphere and LGBT scene of the city. Enjoy your included drink (also alcohol free drink available) and own the night !
Included:
* Gay or Lesbian Tour Guide for Night Tour (2 hours)
* Drink in Gay Bar (1 Drink)

Get ready for a special full day Gaily Excursion from Berlin Gay with us !