ABOUT THE CITY...
France’s third largest city lies at the heart of metropolitan area of over 2 million people. Lyon has been on the cross-roads of European history for centuries and it is known for the Bartholomew’s Day Massacre of protestants by Catholics in 1572. Here many historic buildings were razed during the French Revolution and it is also home of the cinematography that was invented here by the Lumière brothers. Nowadays, Lyon is famous all over the world for its cuisine and is center for banking, software and pharmaceuticals. Tourists are attracted by its architecture, stunning street art, shopping chances, museums and the gay scene. Small but intense: these adjective perfectly describe the gay scene in Lyon. Lyon is a strongly diverse city and every June hosts the popular pride festival. 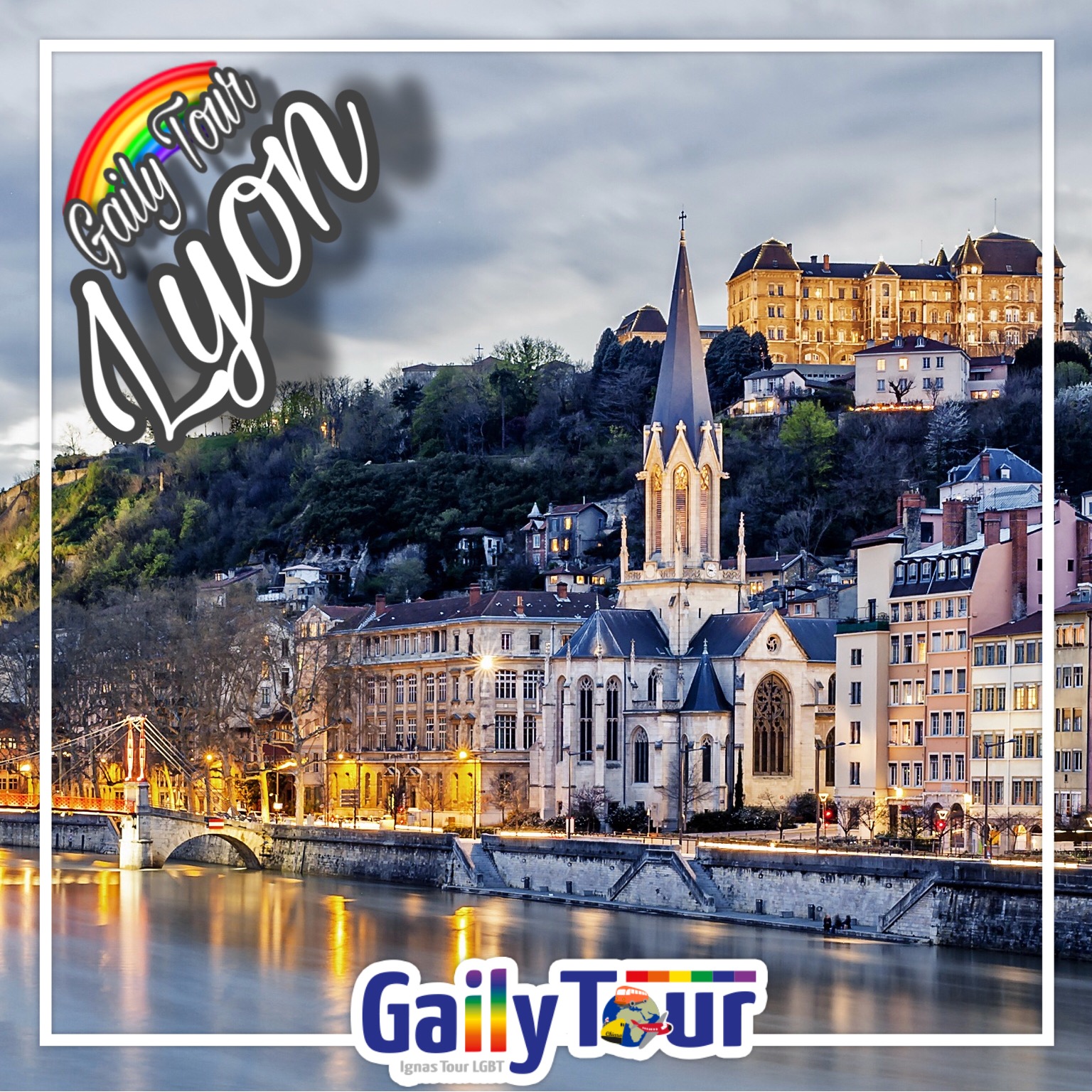 Get ready for special tours in this amazing city !
Meet our Gay/Lesbian Tour Guide for a private walking tour of Lyon Gay and experience one of the most intense cities in the world.

Enjoy an amazing LGBT Friendly walking tour which will take you through the old city, Vieux Lyon. The place has been declared the French city with the most flourishing gay life (after the country’s capital, of course). In 2009 and 2014, the French gay magazine Têtu dubbed Lyon “France’s most gay-friendly city.” Since 2011, Lyon has been also home to one of France’s finest LGBT film festivals. Start from Saint-Jean cathedral. During the middle ages and the renaissance, this was the heart of the city. Now, it is one of highlights of a visit to Lyon. The neighborhood is so unique that it is protected by UNESCO and on our tour you will see why ! The houses in Vieux Lyon are painted in bright colours and are often hundreds of years old. The little streets are not only filled with history, but also with traditional restaurants and shops. Our Gay and Lesbian friendly tour guide will explain everything about the neighborhood and show you some hidden 'Traboules', old passageways between houses. You will learn about the gastronomy in Lyon, get to know the Michelin guide system and find out how to find some 'Traboules' for yourself. Afterwards continue the tour at one of the amazing murals that Lyon is famous for, le "Mur des Lyonnais". Finally reach the Musée des Beaux-Arts, one of the largest French and European museums.
Included:
* Gay or Lesbian Friendly Tour Guide for City Tour (3 hours)
* Entrance Fee - Musée des Beaux-Arts / Museum collection (closed on Tuesdays)

Get ready for a special full day Gaily Excursion from Lyon Gay with us !