Starting from € 60
Highlights Get ready for a special Gaily Tours & Gaily Excursions !

ABOUT THE CITY...
Helsinki is a very open-minded city what it comes to clubs and parties. Helsinki's LGBT scene, already fairly big and diverse for a city its size (a little over half a million), is currently experiencing a bit of a boom, with several new gay or mixed venues having opened over the last year or so. As in the other Nordic countries, homosexuality is widely accepted in Finland, so much so that the very president, Tarja Halonen, was once the chairman of SETA, the country's LGBT rights group. Moreover here are bars and nightclubs that have a rainbow flag hanging outside as a sign that they are especially for LGBT folks and gay friendly. 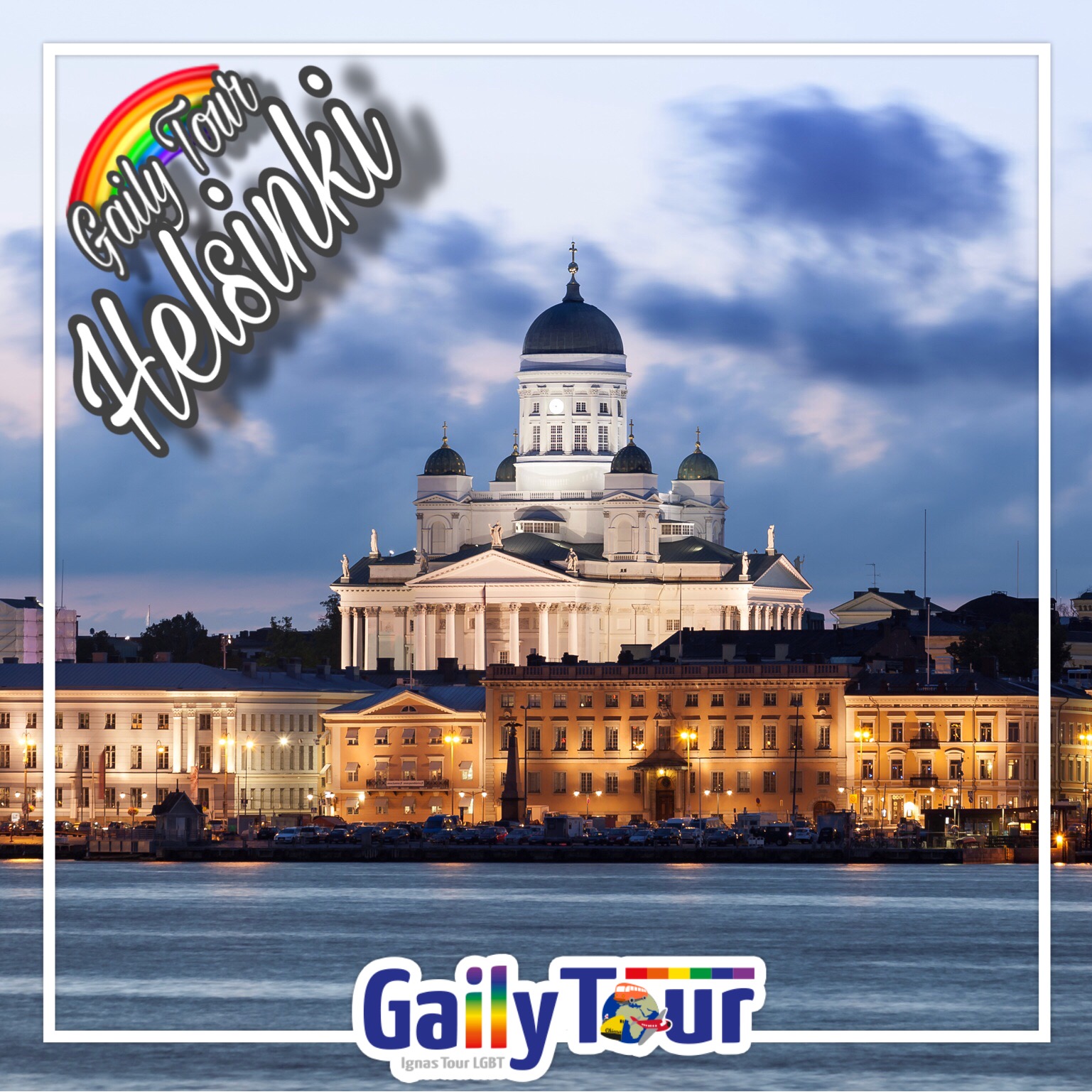 Get ready for special tours in this amazing city !
Meet our Gay/Lesbian Tour Guide for a private walking tour of Helsinki Gay and experience one of the most cosy cities in the world.

Welcome to Helsinki, better known as the “Daughter of the Baltic” and enjoy a special tour which will give you an overview of this amazing city. Be ready our walking tour visiting the Senate Square, with the outstanding Helsinki Cathedral (Lutheran), continue to the Uspenski Cathedral (Orthodox) via the colorful Market Square, which hosts numerous tents hawking everything from freshly foraged local produce to reindeer pelts and salmon feasts. Enjoy a short walk in the Esplanade Park on our way to the Temppeliaukio Church (also known as the "Rock Church") after we make a stop to admire the different architectural styles surrounding the Central Railway Station. Finish the tour in Mannerheimintie, a central point from which you can start enjoying your free time in Helsinki.
Included:
* Gay or Lesbian Friendly Tour Guide for City Tour (3 hours)
* Entrance Fee – Temppeliaukion Church

Be ready for a very special LGBT Tour of Helsinki, one of Europe's top gay friendly destinations. Learn more about Gay Life in Helsinki and many famous artists linked to LGBT Finland. Learn more about 2017 and Finland anniversary of its 100 years of independence but also a proud moment for our society when same sex marriage finally became legal reality. Helsinki as a city is also known as one of Europe´s top gay friendly destinations. It hasn't been always like that and we also like to show you the positive change by visiting places that are nowadays used by the locals like Kansalaistori (People's Square) in front of the Parliament that once was a clandestine meeting point for gay men.
Included:
* Gay or Lesbian Friendly Tour Guide for City Tour (3 hours)
* Tom of Finland's Special Gift

Enjoy an enlightened Helsinki and an amazing walking tour through Helsinki's gay & lesbian bars and clubs to live on your skin the magic atmosphere and LGBT scene of the city. Enjoy your included drink (also alcohol free drink available) and own the night !
Included:
* Gay or Lesbian Friendly Tour Guide for Night Tour (2 hours)
* Drink in Gay Bar (1 Drink)

Get ready for a special full day Gaily Excursion from Helsinki Gay with us !