ABOUT THE CITY...
Denmark was the first country to offer registered partnership to same sex couples and the world's first gay couple was married the 1st of October, 1989. That's why Copenhagen has been named the world's most gay-friendly place. Continuing the city's history of promoting gay rights and acceptance, Copenhagen is hosting the WorldPride in 2021 and is also among the candidates to host EuroGames in 2021. 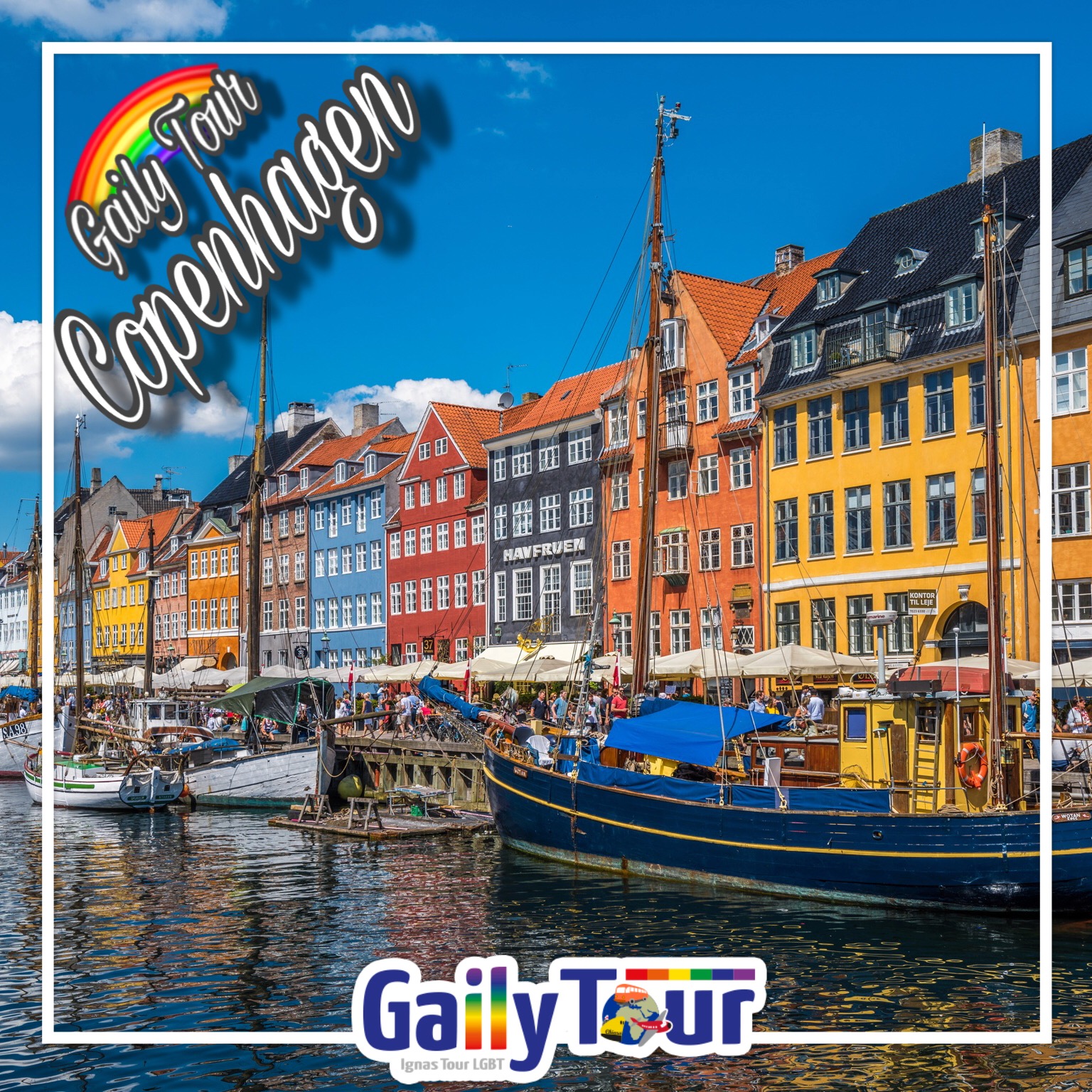 Get ready for special tours in this amazing city !
Meet our Gay/Lesbian Tour Guide for a private walking tour of Copenhagen Gay and experience one of the most lifestyling cities in the world.

Explore together with our LGBT Friendly Tour Guide the spectacular city of Copenhagen, a little fishing town which turned into being the capital of Denmark. The city is known as a cultural capital, a hub of design and experimentation and a land of fairy tales. Start this walking tour from the worldwide famous Nyhavn, "new harbour", which is still popular among the locals, who as soon as weather permits occupy numerous outdoors bars and restaurants by the canal. It was here that the famous Danish writer Andersen wrote his first fairy tale in the house number 20 in 1835 and where he spent and ended his life. Afterwards reach the Royal Opera and the Royal Palace of Amalienborg. Finally arrive to the famous Little Mermaid Statue, close to Kastellet. After our amazing tour, you will finally learn why the Danes are considered the happiest people in the world!
Included:
* Gay or Lesbian Friendly Tour Guide for City Tour (3 hours)
* Entrance Fee – Palace of Amalienborg

Be ready to live a very special LGBT tour of Copenhagen. Learn more about its LGBT history and society. Explore Copenhagen City Court, Knabostræde, the seat of The National League for Gays, and continue to Christiansborg palace. Then stroll around the old city reaching Ørstedsparken, which is also known as the most popular outdoor cruising place of the city. Continue the tour to Hans Christian Andersen Fairytale House to discover the secrets behind his most famous fairy tale, "The Story of the Little Mermaid". In fact in some letters written to his beloved young friend Edvard Collin in 1835, let many critics suspect that Andersen was gay. Discover the fantastic world of Andersen, see how his childhood in Odense unfolded, his moving to Copenhagen where he spent much of his adolescence, and of course his many journeys which served as inspiration for his many fairy tales. Afterwards continue to the pedestrianized main shopping street of Copenhagen, the Strøget, where the gay scene is mainly concentrated.
Included:
* Gay or Lesbian Friendly Tour Guide for City Tour (3 hours)
* Entrance Fee – Hans Christian Andersen Fairytale House

Enjoy an enlightened Copenhagen and an amazing walking tour through Copenhagen's gay & lesbian bars and clubs to live on your skin the magic atmosphere and LGBT scene of the city. Enjoy your included drink (also alcohol free drink available) and own the night !
Included:
* Gay or Lesbian Tour Guide for Night Tour (2 hours)
* Drink in Gay Bar (1 Drink)

Get ready for a special full day Gaily Excursion from Copenhagen Gay with us !