Starting from € 15
Highlights Get ready for a special Gaily Tours & Gaily Excursions !

ABOUT THE CITY...
Located on the western coast of the Istrian peninsula, it is a popular tourist resort and an active fishing port. Istriot, a Romance language once widely spoken in this part of Istria, is still spoken by some of the residents. The town is officially bilingual, Italian and Croatian, hence both town names are official and equal. Rovinj is one of the best and most popular summer holiday destinations in Croatia. Visitors who want to enjoy a luxurious holiday can stay in the elite Monte Mulini zone, next to the Golden Cape forest park, where top quality 4-star and 5-star hotels overlooking the beautiful Mulini Beach near the newly-built marina are located. Numerous coves and gravel beaches, children's playgrounds and other facilities offered by family-friendly hotels, tourist resorts, campsites and private accommodation make Rovinj an excellent choice for a family vacation. 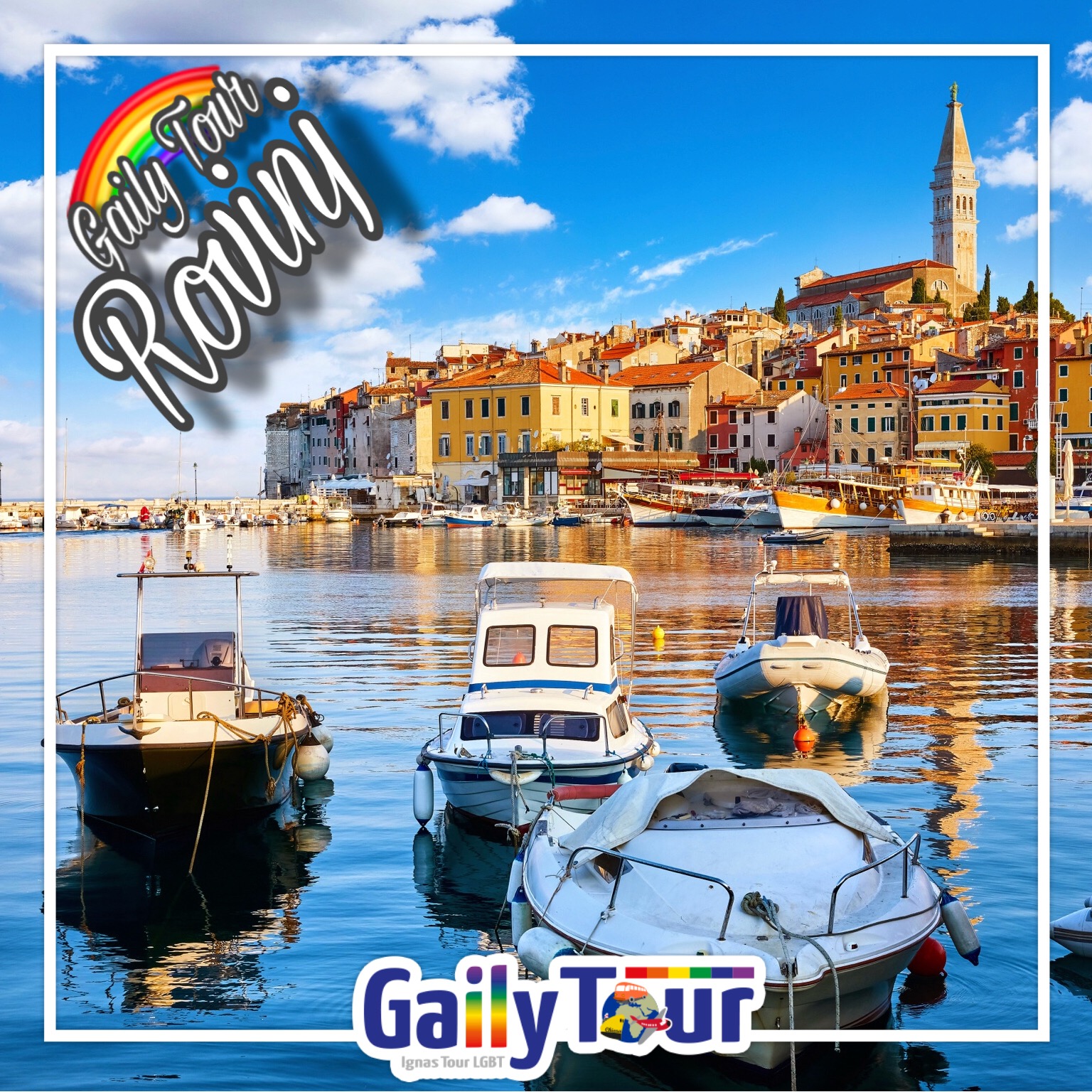 Get ready for special tours in this amazing city !
Meet our Gay/Lesbian Tour Guide for a private walking tour of Rovinj Gay and experience one of the most eccentric cities in the world.

Enjoy a very special LGBT tour in Rovinj, a city which was born as a coincidence, an attempt of survival- and you would never even imagine that when sipping your perfect Italian coffee at water front  gazing at the boats in the port. It used to be an island, a small village surrounded by walls. The little settlement eventually overgrew the island and the channel, that had always protected it from dangers, had to be landfilled in 1763. By then, Rovinj was the major town of Istria - the richest, the most populous, the most lively area of the wider region;  an important trade stop exporting  olive oil, wine, salted fish and stone. Today, Rovinj is definitely one of the best known places in Croatia as well as the iconic landmark of the region of Istria. This private tour is designed for those who would like to discover Rovinj in an unusual and interesting way. We will start at the Valdibora farmers' market area, walk through the market and make our way through the Lower town to the Bridge Square. That is where it all began- historically the narrowest section of the channel, now a beautiful square where all major streets from the old and new towns meet.  Along Carera street and the water front we reach the main Square where the old „Batana“ boats are still visible in the harbor (Intangible Cultural Heritage recognized by the Unesco) - a stop at the Batana museum is paramount to better understand why. Both on Antonio Balbi's Arch and the clock tower testify the presence of Venice and its winged lion. Next, we make our way through the cobbled streets of old Rovinj, passing by the City Hall, the Big Square, through the old Jewish Quarter to Saint Euphemia's. This large catholic church is the symbol of the town, watching over the Rovinj aquatorium.
Included:
* Gay or Lesbian Friendly Tour Guide for City Tour (3 hours)
* Entrance Fee – Batana Museum

Get ready for a special full day Gaily Excursion from Rovinj Gay with us !