ABOUT THE CITY...
Porec is the most popular holiday resort in Istria and is frequently named the top resort in Croatia by the Croatian National Tourist Office. There are over 100,000 beds available in the area, but hotels and other facilities are widely spread so the place never feels too crowded. The main tourist areas are two bays south of the town, called Zelena (Green) and Plava (Blue) Laguna (lagoon). They are almost like small towns, with several hotels in each, as well as camping facilities, a marina and shopping and entertainment areas. Most visitors stay in one of the two. If you’re in the main part of town and fancy a bit of swimming and sunbathing, head to nearby Sveti Nikola island which you can reach by a regular boat (the journey is only a few minutes). 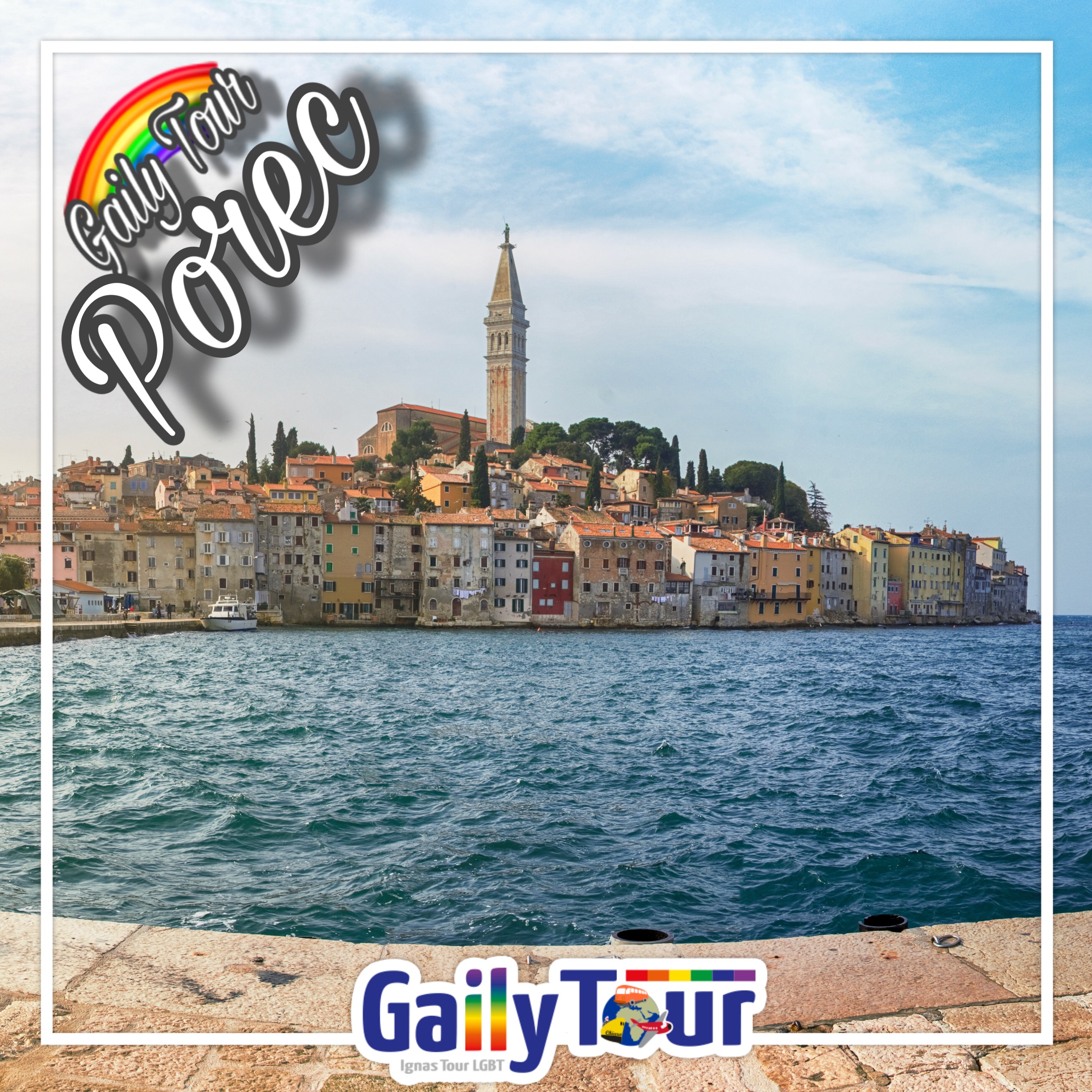 Get ready for special tours in this amazing city !
Meet our Gay/Lesbian Tour Guide for a private walking tour of Poreč Gay and experience one of the most particular cities in the world.

Modern day Porec is, by the number of visitors per year, the most significant tourist area of the Istrian peninsula. Porec was the first settlement that the Romans decided to found when they conquered the region in 177 BC, therefore it's the only one that has certain origins. Constructed as a military fort, squarely shaped and located on a peninsula, it was a perfect location. The old town is a very logical maze of streets all laid out on a north-south  and east-west pattern. We will begin at the seafront,  facing  Saint Nicholas's island. The City Hall is a good example of eclectic style, fashionable at the beginning of the 20th century. The main square of Porec is also where the main roman road began- the Decumanus. It still cuts the core of the old town in half. Unlike most towns of western Istria, Poreč still preserves some sections of the ancient defensive walls, including some towers. Walking along the Decumanus, a decent number of 600 year old palaces can be appreciated  leading us to the entrance of one of the most important religious complexes of Croatia - Euphrasius's Basilica from the 6th century. No other cathedral in Croatia is as old or nearly as special. The whole complex was founded when the region belonged to the Eastern Roman Empire and the gold  mosaics of the church are still incredibly well preserved. It is a Unesco world heritage site and a testimony of the strong Christian presence in Poreč back at the beginning of Christianity. The tour includes the guided visit of the Cathedral, Baptistery as well as mosaics' museum. To complete our Porec tour, the roman Forum with some remains will also be visited.
Included:
* Gay or Lesbian Friendly Tour Guide for City Tour (3 hours)
* Entrance Fee – Unesco Basilica Complex & Museum

Get ready for a special full day Gaily Excursion from Porec Gay with us !