ABOUT THE CITY...
Vienna is full of gay and lesbian history like almost no other European city. Not only the capital of European music, but also cradle of Gay emperors, generals and artists who turned Vienna into a special LGBT travel destination. Vienna has an amazing gay and lesbian scene: from gay and queer café to cocktail bar, from lesbian restaurant to leather place, from gay spas to dance club. Moreover, the city holds a special range of cultural and culinary delights. 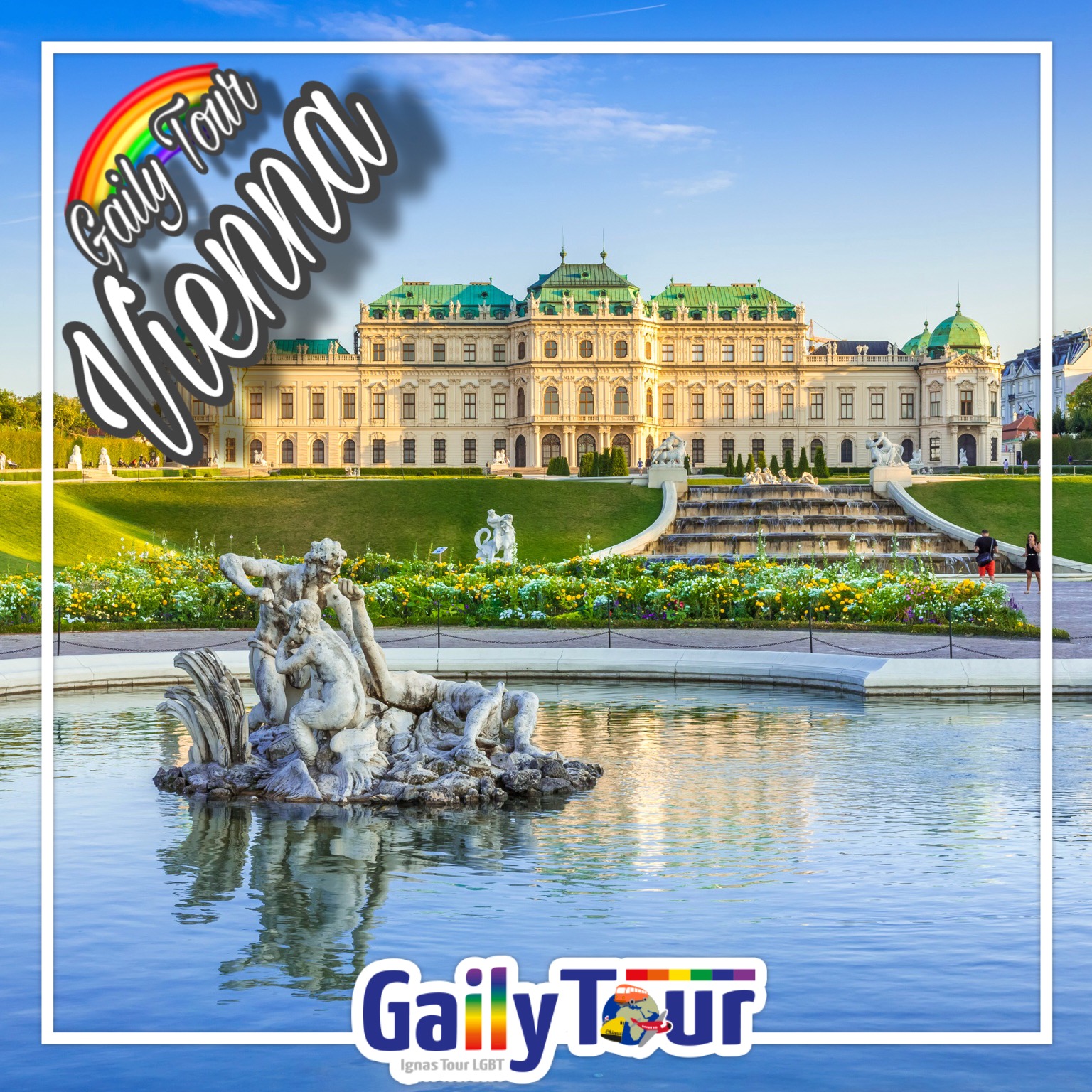 GAILY TOURS in VIENNA Get ready for special tours in this amazing city !
Meet our Gay/Lesbian Tour Guide for a private walking tour of Vienna and experience one of the most regal cities in the world.

Vienna • Classic Tour
Start your special tour with our Gay/Lesbian Guide in the center of the city at the worldwide famous Vienna State Opera, built by the couple of men architects Eduard van der Nüll and August Sicard von Sicardsburg, partners in business and in life. Walk through small and winding streets to the winter palace of Prince Eugen, the French baroque prince who preferred men to women, and see where the brother of emperor Franz Joseph I., archduke Ludwig Victor, named Luziwuzi, took his bath and looked for company. Then walk along the Ringstrasse, Vienna's main boulevard, over to the Imperial Palace (“Hofburg”), one of the biggest palace complexes in the world and residence and seat of government of the Habsburg emperors until 1918. Finally the tour ends in the MQ – Museumsquarter, the former horse stables of the court and today the home of numerous museums including the Leopold Museum with its world famous collection of fin-de-siècle furniture and design and paintings of Gustav Klimt, Egon Schiele or the gay artist Anton Kolig.
Included:
* Gay or Lesbian Tour Guide for City Tour (3 hours)
* Entrance Fee – Leopold Museum

Vienna • Gay Tour & Schubert’s Secrets
Let’s start you amazing Gay tour of Vienna together with our Gay/Lesbian Guide, from famous Karlsplatz with the imposing Karlskirche, passing by the Technical University and reaching Kettenbrückengasse 6, the death place of composer Franz Schubert, who died of Syphilis supposedly caused by the only sexual experience Schubert ever had with a woman, although during his life he concentrated his desires on male partners. For more than two years he shared his studio and his bed with the well-known homosexual librettist Johann Baptist Mayerhofer. Explore the house where Schubert died. The exhibits document the last weeks of his life, Schubert's death, the funeral, and the grave of the composer just near Beethoven's last resting place in what was then the Währing local cemetery. Then continue to the Naschmarkt, the center of today’s gay life, where you will taste some local specialities from one of the many local stands. After passing through the Museumsquartier and the Volksgarten, you will reach the so-called “Theseustempel” built in 1820 by Antonio Canova. Here, in front of the temple, the bronze sculpture “The Winner” was created by Josef Müllner and destined to be one of the “gay monuments” of the city.
Included:
* Gay or Lesbian Tour Guide for City Tour (3 hours)
* Entrance Fee – Schubert Sterbewohnung (Opened on Wednesdays and Thursdays)

Vienna by Night • Gay Tour
Enjoy an enlightened Vienna and an amazing walking tour through Vienna’s gay & lesbian bars and clubs to live on your skin the magic atmosphere and LGBT scene of the city. Enjoy your included drink (also alcohol free drink available) and own the night !
Included:
* Gay or Lesbian Tour Guide for Night Tour (2 hours)
* Drink in Gay Bar (1 Drink)


GAILY EXCURSIONS from VIENNA
Get ready for a special full day Gaily Excursion with us !