ABOUT THE CITY...
The name of Agii Saranda comes from the Christian times of the 15th century, when 40 monks, soldiers, were decapitated by the Turks because they wouldn’t change their religion. So, the citizens and the church declared them as Saints. The origin of the name of Agii Saranda comes from two Greek words: Agii, meaning Saints and Saranda, meaning the number forty. Today the city is called only Saranda. The town has a population of 30,000 inhabitants. This number triples during the summertime. The inhabitants of Albania and Kossovo like to spend their holidays in this town, which lies next to the Ionian Sea. 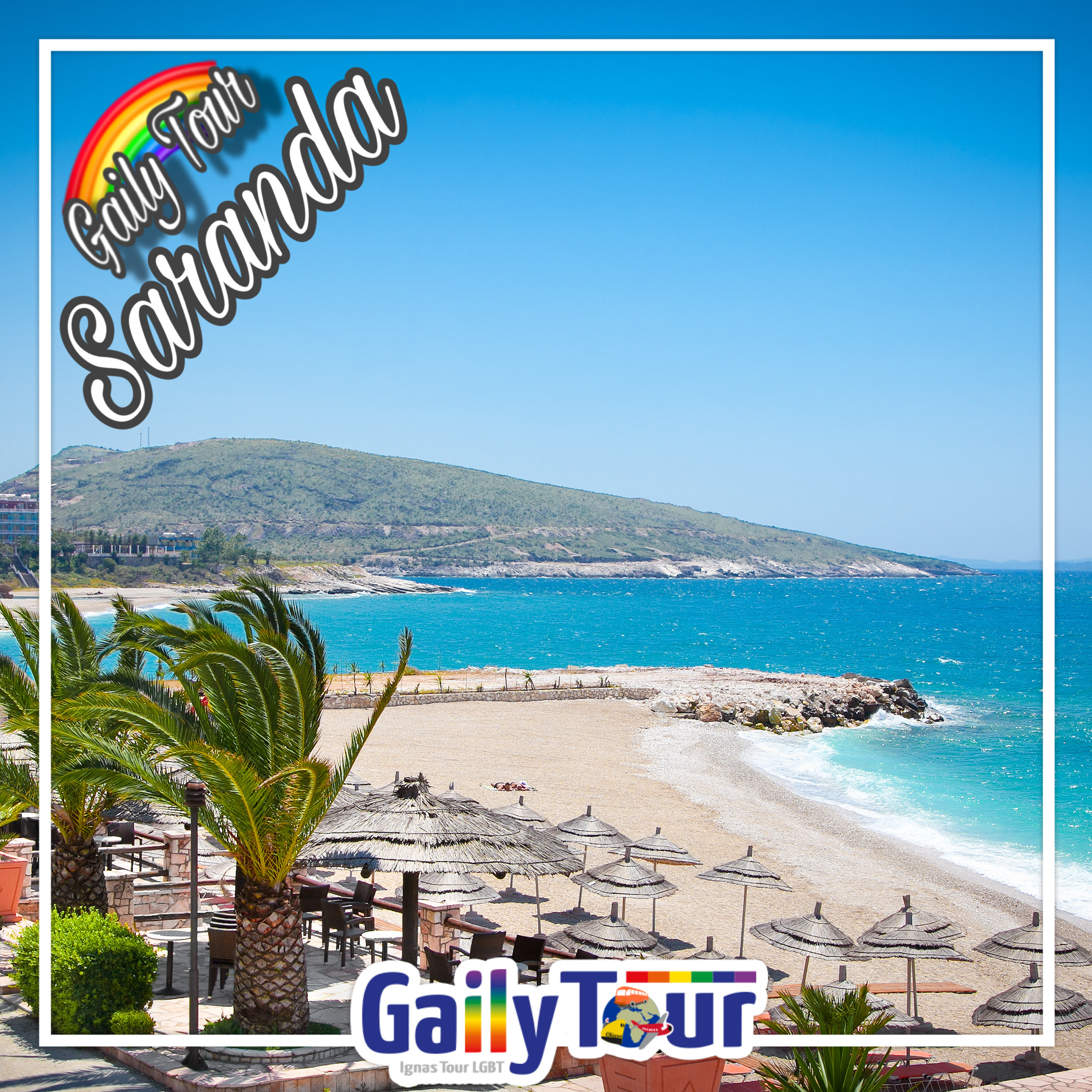 Get ready for special tours in this amazing city !
Meet our Gay/Lesbian Tour Guide for a private walking tour of Saranda Gay and experience one of the funniest cities in the world.

After meeting our LGBT Friendly Tour Guide be ready for a great walking tour in Saranda, stopping in the city center for a pleasant visit to the Byzantine Church and the Synagogue, both dating back to the 5th Century A.D. Saranda was founded in the 6th Century B.C. and its current name comes from the name of the Byzantine monastery of Agioi Saranta literally meaning Forty Saints in Greek, after the Forty Martyrs of Sebaste. In the town of Saranda, you will learn that this commercial port town is built directly over the ruins of the original Roman town. Visit the Onhezmi Synagogue, built in the 5th century AD, inside the Onhezmi Fort. The size of the two-story structure indicates that the local Jewish community was both large and wealthy. Onhezmi Fort, located on the coast, took full advantage of the overland trade route between Corfu, Thessaloniki and Istanbul and its Hebrew population was certainly involved in trade. The syna-gogue served both as a place of worship and a community service center. It was built in at least two stages. Then leave the port of Saranda and reach the Castle of Lekuresi, located on the hill over the city of Saranda. The castle was build in the beginning of 17th C and is at 600 meters above sea level. From the site of the newly reconstructed Castle, one can admire the amazing views of the Lake of Butrint, the mountainous surrounding region, as well as, the Ionian &Adriatic seas and the coastline of the beautiful island of Corfu opposite. Visit the castle and after that back to Saranda.
Included:
* Gay or Lesbian Friendly Tour Guide for City Tour (3 hours)
* Taxi to/from Saranda City Center to Lëkurësi Castle
* Entrance Fee – Lëkurësi Castle

Get ready for a special full day Gaily Excursion from Saranda Gay with us !