ABOUT THE CITY...
Welcome to Berat, the city whose nickname is ‘the city of the thousand windows’', due to the ‘skyline’ formed by its white houses and their windows, that are "climbing" on the city's hills. When you visit the city for the first time, you instantly notice its seemingly "never ending windows". The special and unique architecture of this city has major influences from several civilizations that amazingly, have managed to coexist together for centuries. Like most Albanian cities, Berat has its own castle, churches, and multiple other attractions that worth a visit. 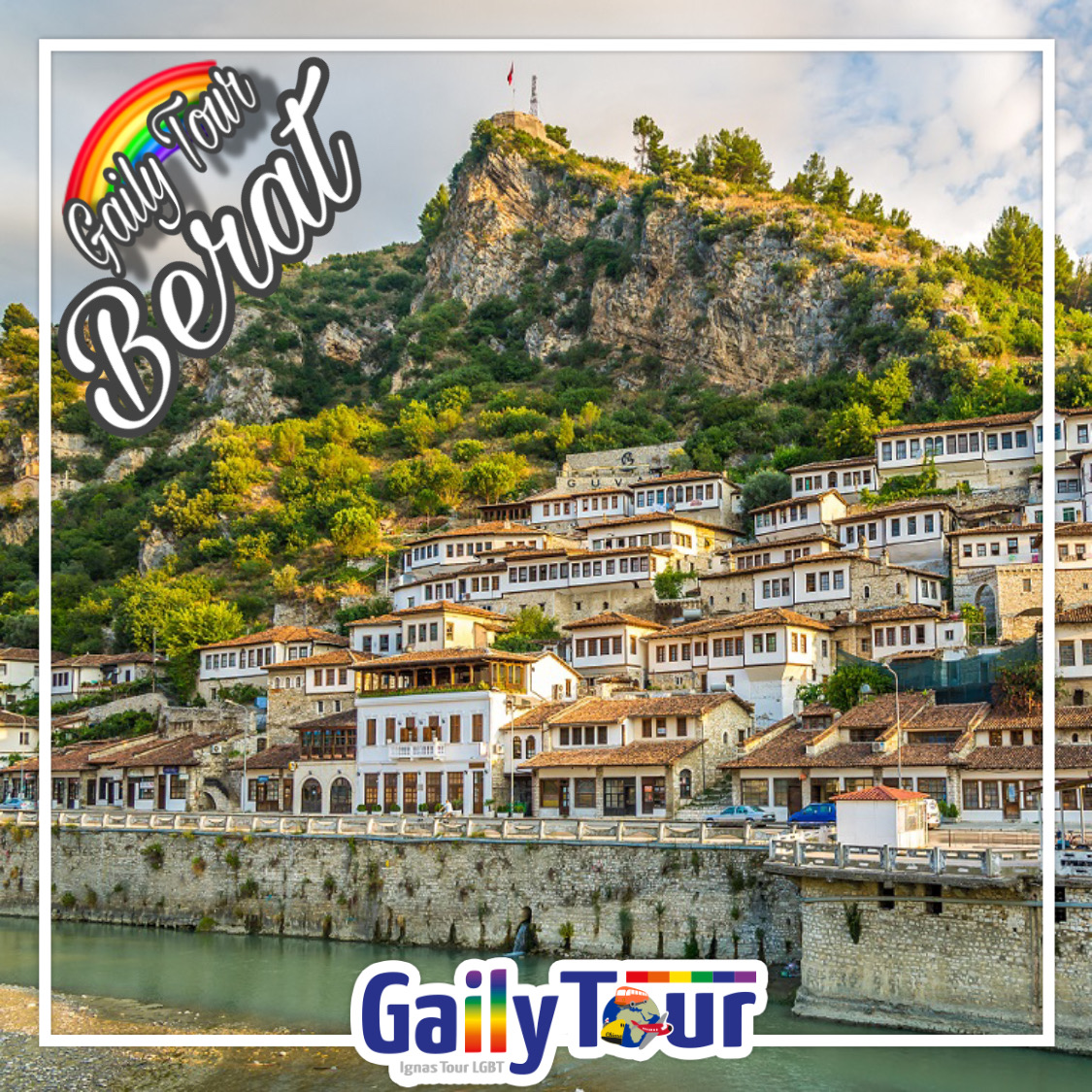 Get ready for special tours in this amazing city !
Meet our Gay/Lesbian Tour Guide for a private walking tour of Berat Gay and experience one of the funniest cities in the world.

Be ready for an extraordinary LGBT Friendly Tour of one of the most beautiful cities in Albania. Berat is one of the oldest cities of Albania, also part of UNESCO heritage. It is famous for its characteristic architecture, which has also given to the city the name ‘the city of 1001 windows’. Through this tour you will discover its rich culture and travel back in time as you stroll through the meandering streets, home to the Ottomans in the 15th century, and at the same time learn more about the architecture of this beautiful city. You will visit the Castle, an inhabited area since the beginnings of its civilization, around 2400 years, which is is reach in history and monuments, especially churches. Then continue to Gorica Bridge, whose primary purpose is to connect the neighborhood of Gorica, over the Osum River, with the beautiful Mangalemi quarter and adjacent neighborhoods. Finally reach the medieval center, built by Sultan Bayazit II at the end of the XV century, and Mangalem & Gorica quarters. During the tour you will learn more about LGBT life in Albania and in Berat city.
Included:
* Gay or Lesbian Friendly Tour Guide for City Tour (3 hours)
* Entrance Fee – Castle of Berat

Get ready for a special full day Gaily Excursion from Berat Gay with us !